There is currently a trend for OEMs to seek for thin and light devices. This is affecting the 3.5 mm headphone jack because it is currently the “scapegoat”. Presently, flagship smartphones like Samsung Galaxy Note 10+ and P30 Pro have canceled the 3.5mm headphone jack. This is a helpless move by major manufacturers who are trying to create a balance between battery life and thickness. However, Vivo does not seem to be ready to follow the trend to cancel the 3.5 mm headphone jack. It appears that the upcoming Vivo NEX new flagship will retain this feature. 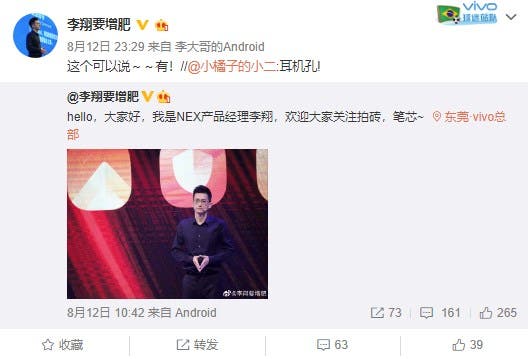 Next Huawei works with Meitu to improve the camera algorithm