There is currently a huge competition in the manufacturing industry and this is very good for the market. OEMs are now so diverse that they manufacture as many products as possible. After the release of the Honor smart screen, we all expected Xiaomi’s sub-brand, Redmi, to come up with something. Today, two of the company’s top executives gave a clue that a Redmi TV could be in the factory. 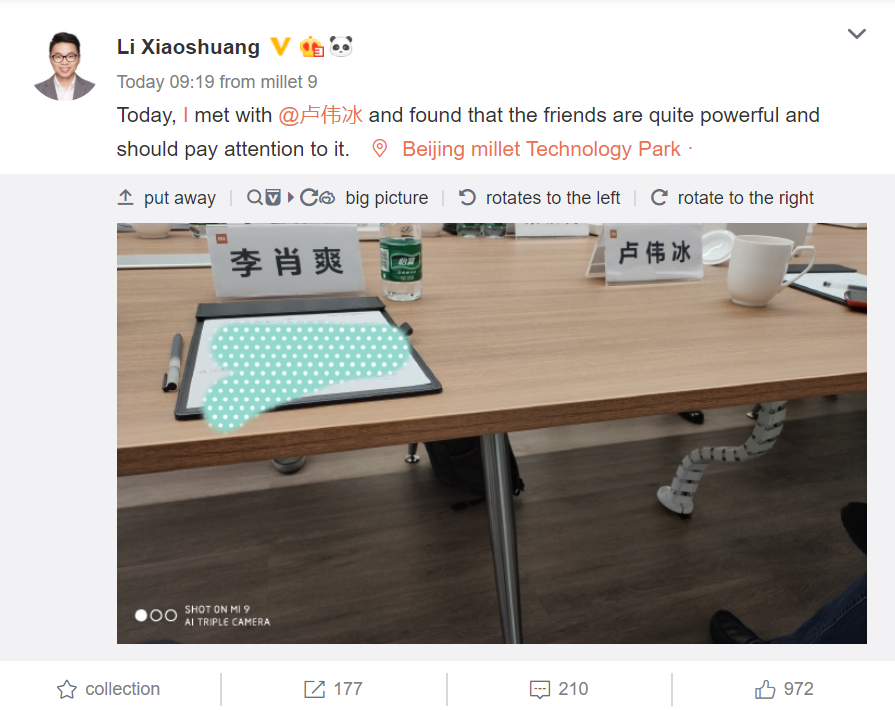 This morning, Li Xiaoshuang, general manager of Xiaomi TV brand posted on Weibo “Today with @Lu Weibing, I found that friends are quite powerful and should pay attention to it.” This post has the names of both men in front of a notebook with a code on it.

Li Xiaoshuang is the main person in charge of Xiaomi TV while Lu Weibing is the general manager of the Redmi brand. This fuels speculation that both brands could be working on something- what else if not a TV?. This is a strong clue that Redmi could be working on a smart TV.

As usual, netizens tried to get information out of Li Xiaoshuang. One said, “A Redmi TV low-end TV while Xiaomi TV takes care of the flagship.” Li Xiaoshuang replied: “I didn’t say anything”. As early as June of this year, Lu Weibing asked for comments from netizens: “Do you want Redmi TV?” This was the first clue that Redmi was considering making its TV.

Previous Why is Sharp Aquos V Coming At All? What Will It Offer With SND835?