Do you still wonder why the Japanese smartphone makers have too little market share in the global smartphone industry? They are innovative, have real power and experience, but they are making handsets that sport outdated hardware. Say, currently, almost all top manufacturers are developing smartphones powered by the Snapdragon 855 Plus flagship platform. At the same time, we hear a new Sharp smartphone will hit the market soon and it will appear out of competition for sure. According to a number of media reports, the Sharp Aquos V smartphone passed through NCC certification. What’s more surprising it will use the Qualcomm Snapdragon 835 processor. 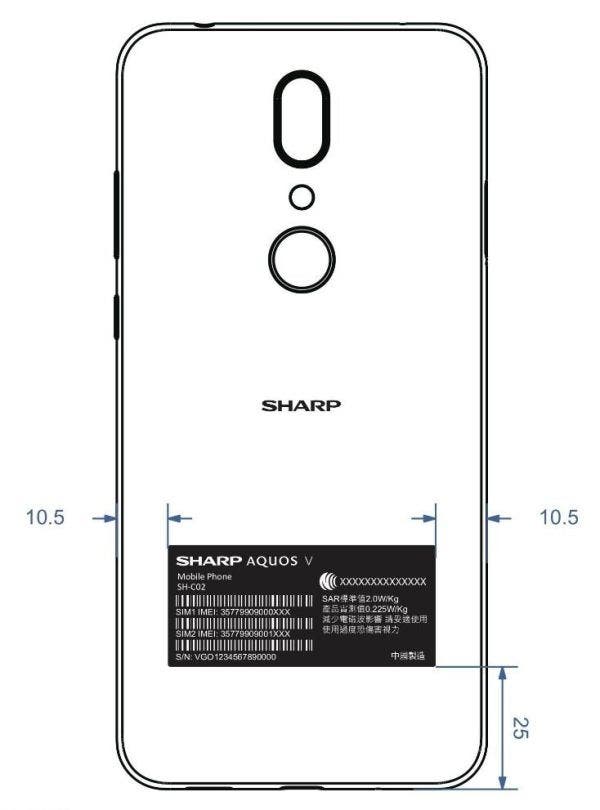 The information comes our way from a variety of media reports such as Sumahoinfo, Blogofmobile, and Androidgeek. They all claim Sharp’s smartphone with a model name ‘SH-CO2’ passed the NCC certification on August 12, 2019. This is, undoubtedly, the so-called Sharp Aquos V.

As the NCC certification shows, the Sharp Aquos V will adopt a 13MP dual-camera on the back arranged vertically. It still uses a rear-mounted fingerprint sensor. Apart from this, we have seen this handset leaked on GeekBench. That time, the phone scored 1911 and 6564 in the single-core and multi-core tests, respectively. 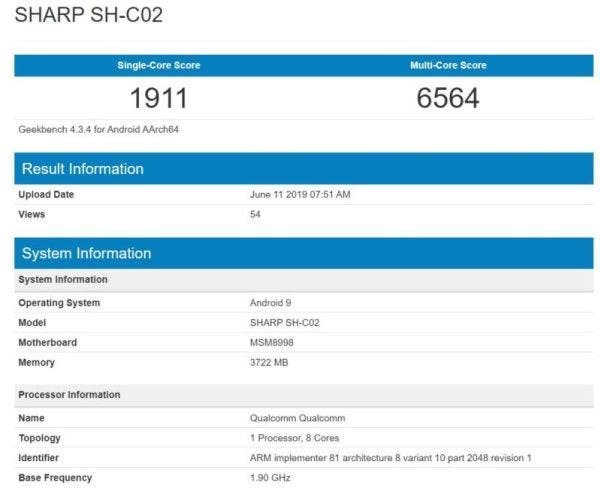 In terms of configuration, the Sharp Aquos V uses the Qualcomm Snapdragon 835 processor. As Sumahoinfo pointed out, this processor has been rarely found on some models last year. But this year, we can’t find another smartphone sporting this processor.

The rest of the features include a 4GB of RAM, 64GB of ROM, a 3120mAh battery, and Android 9 Pie operating system.

Looking at the features of the Sharp Aquos V, we can conclude it’s going to be a mid-range smartphone. But agree it can’t compete with any mid-to-top smartphone. So why the company has decided to launch this smartphone?

Next Redmi TV could be on its way