The Japanese company Sharp is not a significant player in the market and mainly specializes in the production of models aimed exclusively at the domestic market. But what is interesting about this manufacturer is that it is capable of non-standard moves and is always ready to swim against the current. During the dominance of glass and plastic cases, Sharp returned to the classics and released a smartphone in a metal case – Aquos Sense 6s.

The Sharp Aquos Sense 6s case weighs only 156 grams and its thickness is 7.99 mm. It is unusual to see IP68 protection against dust and moisture in a budget device. The Snapdragon 695 chipset is available inside; and a 6.1-inch OLED panel with a resolution of 2432×1080 pixels is available on the front panel. The manufacturer found it possible to integrate a fingerprint scanner into the screen, but did not increase the refresh rate in accordance with current trends.

Sharp Aquos Sense 6s has a 4570 mAh battery, has 4/6 GB of RAM and 64/128 GB of internal memory. The smartphone runs the Android 11 operating system; and the main camera offers three image sensors, where the main one is 48 megapixels and there is an ultra-wide 8 megapixels. What else surprised the company was the presence of an 8 megapixel telephoto lens. The Sharp Aquos Sense 6s costs $315. 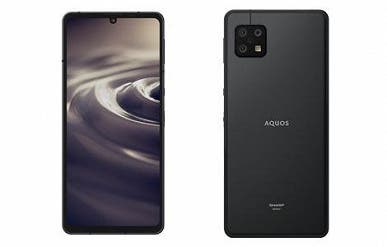 Many Japanese companies have already stopped deliveries of their products to Russia, including Panasonic, Hitachi, Sony, Yamaha. And recently, Sharp has joined them.

“Sharp Group is currently suspending deliveries to Russia due to the consequences of the conflict. We will continue to closely monitor the situation and take appropriate measures…”, the company said in a statement.

Also, the company advocates for an early peaceful settlement of the conflict and talks about an expanded humanitarian program; Sharp Group enterprises make donations to charitable organizations participating in a humanitarian mission in Ukraine. Sharp supplied a wide range of devices to Russia, including printers and spare parts for them, televisions, air conditioners, refrigerators, etc.

In addition, the matte body of the phone is 35% recycled plastic. Its dimensions are 147 x 71 x 8.9 mm and weighs 162 g. The smartphone is available in three colors and is equipped with a 5.7-inch LCD panel; with a resolution of 1520 x 720 pixels with a waterdrop notch for an 8 MP camera. The main camera has a resolution of 13 megapixels. The device comes with the Google Camera Go app.

Previous Hi Nova is Huawei's solution to bypass the sanctions

Next Users are increasingly willing to switch to refurbished smartphones