OPPO recently made a statement that it would be launching around five to six new phones in the ultra-competitive Indian market before Diwali (end of October). Well, we now know that three of those phones will be in the upcoming Reno 2 series. As per an exclusive report by Mysmartprice, OPPO will be announcing a Reno 2, a Reno 2Z, and a Reno 2F on August 28th. 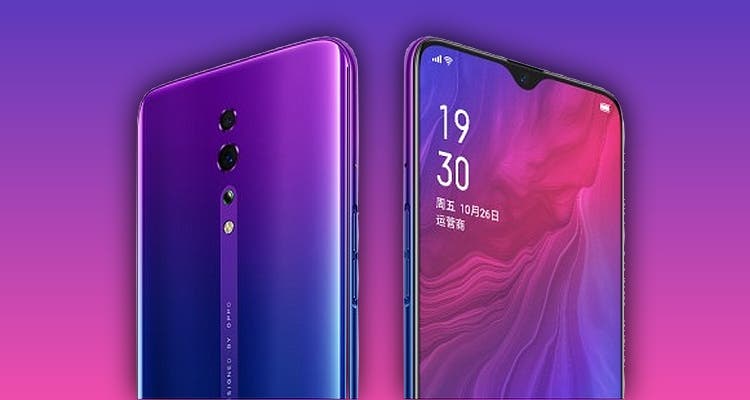 The Reno 2 will boast a Snapdragon 730G CPU becoming the first OPPO handset in India to do so. It’s expected to house a 6.55-inch AMOLED display with a 93 percent screen-to-body ratio. It is believed that the phone could be placed in the sub-Rs 35,000 brackets in the vicinity of the OnePlus 7 and others. As for the Reno 2Z, it’ll be the second in line with a supposed Helio P90 chip and a 6.53-inch AMOLED Full-HD+ display and a positioning of under Rs 25,000.  Both these handsets are likely to get quad-cameras with primary 48MP sensors.

The Reno 2F is aimed for the budget sub-Rs 20,000 market but we’re not yet aware of its full specifications. Also, the Reno 2 will not be replacing the Reno 10X Zoom, as is being thought currently. Instead, it will be sold alongside the flagship.

Note: Article updated to reflect that Reno series will be the first OPPO handset to have the Snapdragon 730G in India, not the very first smartphone in general because that title belongs to the Galaxy A80.

Next Elephone A6 Max on sale, shows its photo prowess