Samsung is rolling out a new update for the Galaxy M40 units sold in India. It’s a fairly small update weighing just 366MB in size and boasting the M405FDDU1ASH1 software version.

The update brings security improvements and stability enhancements bumping up the security patch directly to August 2019. Furthermore, the update adds a dedicated QR scanner. For that reason, users won’t need to rely on any third-party apps for this purpose. This is a feature that is coming for several Samsung devices through the latest OneUI update. 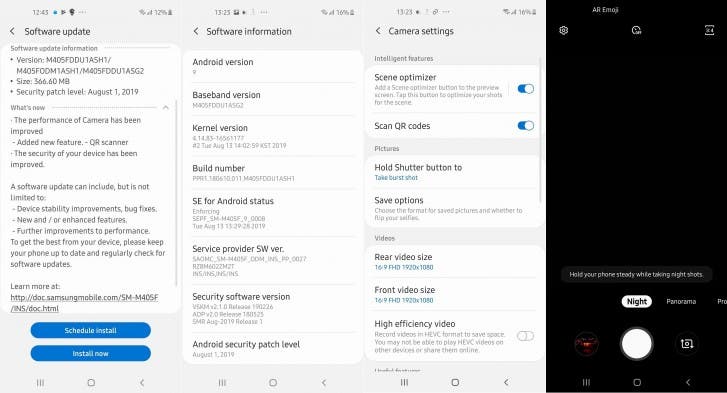 The same goes for the new exclusive Night Mode that has been added in the camera app. The new camera mode that will boast night and dark captures has been included in the Galaxy M40 software. Now users will be able to get the best of their night shots. The name is self-explanatory, users can simply switch to this mode whenever they need in order to capture a long-exposure shot with a steady hand.

Users residing in India should receive the update via OTA channel in the coming days. If you’re an impatient owner of the Galaxy M40, you can always try your luck by force checking the update via the Settings >> Software Update sub-menu.

Next Next "Meitu by Xiaomi" smartphone will be released next year