In recent times, we have had a lot of reports regarding the upcoming Redmi Note 8 Pro. We already know that it will use a MediaTek Helio G90T, 64MP camera, liquid cooling, 3D curved design, etc. Now, Xiaomi President, Lin Bin, shared the battery usage experience of the Redmi Note 8 Pro. According to Lin Bin, after two days of usage, nearly 40% of its power is still available. 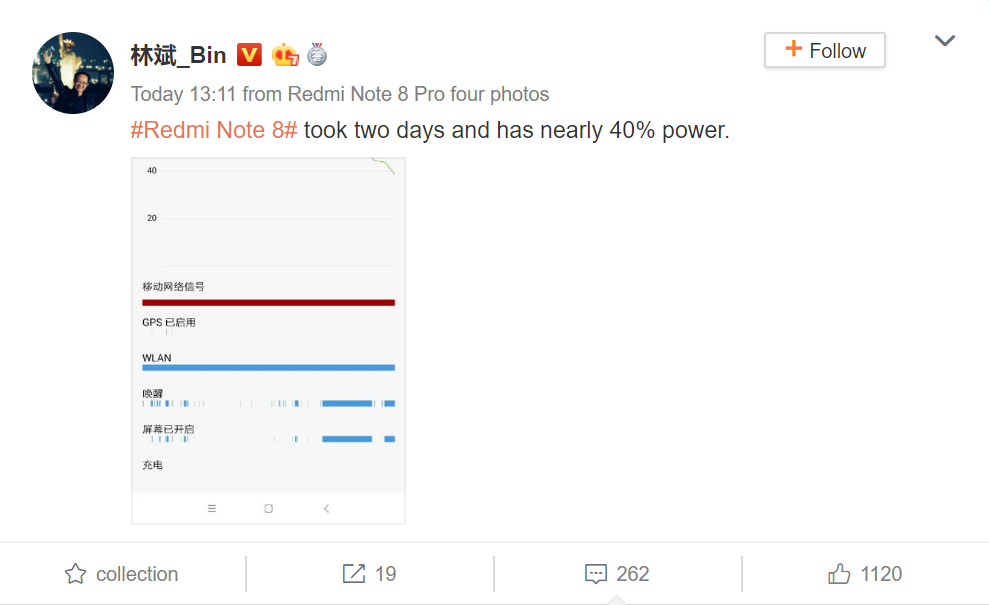 Xaomi president also shared the usage history within the period. According to the image, 4G was consistently active so was Wi-Fi and screen wakeup. The phone was also used for videos and gaming within the period. According to reports, the Redmi Note 8 Pro comes with a 4500 mAh battery and a liquid cooling system. This performance is quite impressive for a 4500 mAh battery.