According to a report from the reliable research company Canalys, Chinese search giant Baidu is now the second leading smart speaker vendor in the world. That’s an interesting feat for a company that only sells its products inside China. Or perhaps, it’s just another good example of how strong is the domestic market of China. 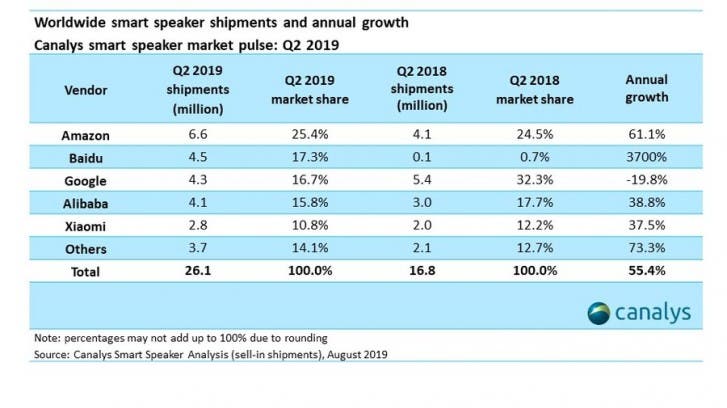 Baidu grew from a 0.7% market share in Q2 2018 to an expressive 17.3% now. This achievement translates into a whopping 3,700% annual growth. The market as a whole grew 55.4% during the three month period resulting in 26.1 million units shipped worldwide. Out of these numbers, Amazon shipped 6.6 million of Echo products. Baidu secured 4.5 million shipments while Google pushed out 4.3 million devices. Alibaba follows in fourth place with 4.1 million of shipments. Finishing up the top 5 we have Xiaomi with its 2.8 million shipments. 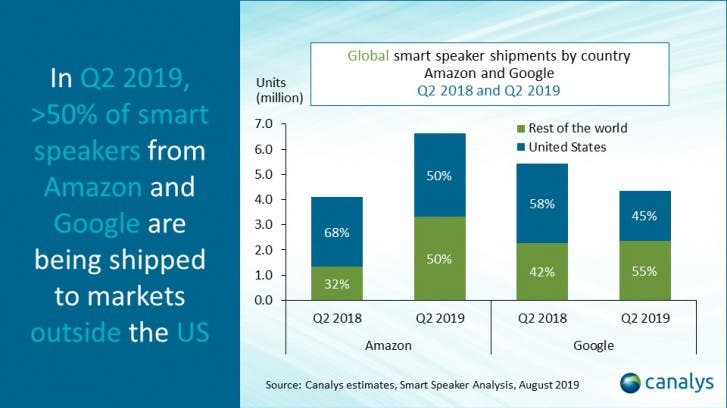 Canalys states that Baidu success was greatly catapulted by Xiaodu series of speakers and aggressive marketing in China. In addition, local network operators also offered Baidu’s products in their lines with heavy discounts. This way, the company managed to spread the popularity of its products among customers. Baidu’s achievement also confirms that the US is no longer the focal point for smart speakers as it saw 6.1 million shipments while China stood at 12.6 million shipments.

Google and Amazon are shifting their focus to markets outside of North America since more than half of its smart speakers were shipped to foreign countries during Q2. Of course, if they want to increase popularity, they’ll need to keep investing in marketing and in delivering more affordable products across the globe.