The US and Huawei are still at loggerheads over certain issues. As of now, Huawei still faces restrictions from the US and its allies. Today, the US and Poland signed an agreement to strictly control 5G network equipment suppliers. While this may be a check on 5G security, many believe that it is another plot to checkmate Huawei/ZTE 5G. 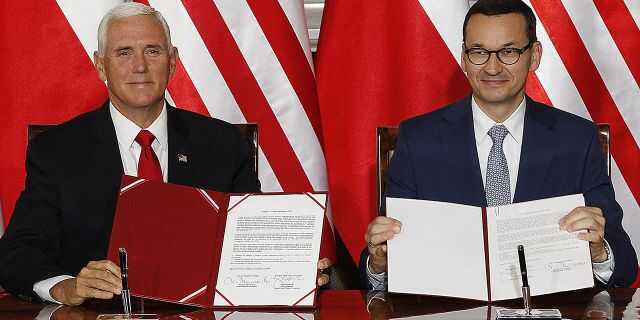 According to reports, Polish President and the US Vice President signed the agreement to strengthen 5G network security. Although the agreement does not explicitly target Huawei, considering the current situation, this is probably a move against China Telecom which Huawei represents.

At present, many US allies including Canada, Australia, and Japan have strict regulations for Huawei. However, this has not had much effect on Huawei’s 5G expansion globally. Huawei’s 5G is spreading like wildfire in Europe. In fact, 60% of the company’s 5G contracts are in Europe.

As of June 2019, Huawei has 50 5G commercial contracts worldwide, of which 28 were in Europe. After the US imposed trade restrictions on Huawei, Trump continued to ask European allies to remove Huawei from its 5G infrastructure – many European countries declined. At the same time, Huawei also announced that more than 150,000 base stations have been established globally and it plans to build 500,000 5G base stations by the end of this year. Despite the US’s blockade, Huawei’s 5G base stations will exceed 2 million in the next two years.