The map mainly shows areas which prohibit Huawei, those that are already using Huawei and those that have an MOU with Huawei. According to Chen Lifang, Director of Huawei’s Public Affairs and Communications Department, “Huawei is closely monitoring the EU’s future 5G framework and will fully support its 5G construction,” 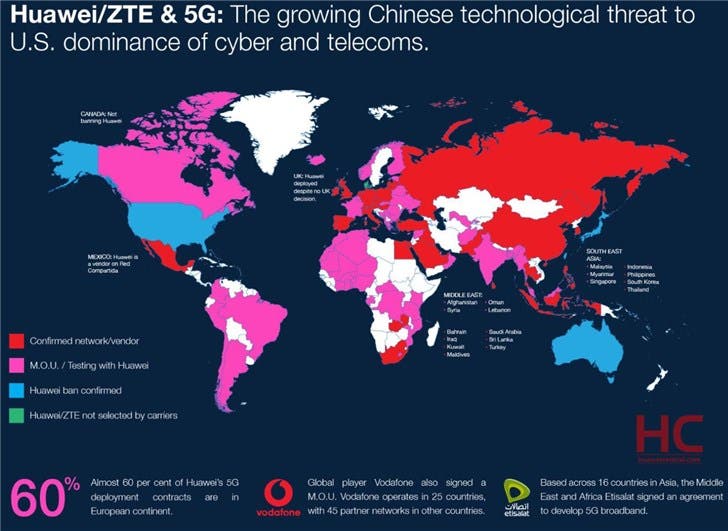 Huawei is still struggling with the US ban and there are reports that the Mate 30 series can not use Google services. In fact, the US influence has made some countries like New Zealand to ban Huawei. However, many European countries did not consider the US decision. Huawei officials have previously stated that it plans to build 500,000 5G base stations by the end of this year. Over the next two years, the company targets over 2 million 5G base stations.