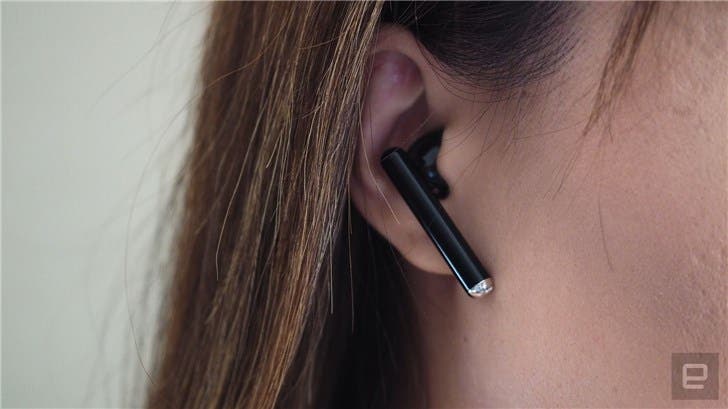 The Kirin A1 chip allows FreeBuds 3 performance to be 30% higher than Apple’s AirPods. Furthermore, it has 50% lower power consumption, and its package size is 95% of AirPods. Kirin A1 brings a new Bluetooth protocol: BT-UHD. If Huawei FreeBuds 3 is used with a new Huawei phone running EMUI 10.0 or higher, both devices will establish the connection using this new standard. This new standard has a data transfer rate of up to 2.3 Mbps. For reference, the LDAC codec “only” provides 990 kbps.

It is worth mentioning that Huawei FreeBuds 3 is the world’s first true wireless headset with an open design but also with active noise reduction. This can effectively eliminate environmental noise. The FreeBuds 3 features a semi-open dolphin’s bionic design for comfortable and secure wear.

Other Freebuds 3 features include a better 190ms delay and Qi wireless charging. Each headset has a 30 mAh battery that provides 4 hours of playback on a single charge. In addition, the charging box provides approximately 20 hours of total playback time. The headset and case charge time is only one hour. Huawei FreeBuds 3 will be available in carbon black and ceramic white colours. As of now, there is no official price for this device.