With more and more sources claiming a September launch for the Mi MIX 4, a new leak has sprung up concerning the specifications of the high-end Xiaomi phone. Now, it’s not the first time that we’re seeing a Mi MIX 4 specs leak, but this one has some interesting stuff regarding its design aspect that has stayed under the radar so far. 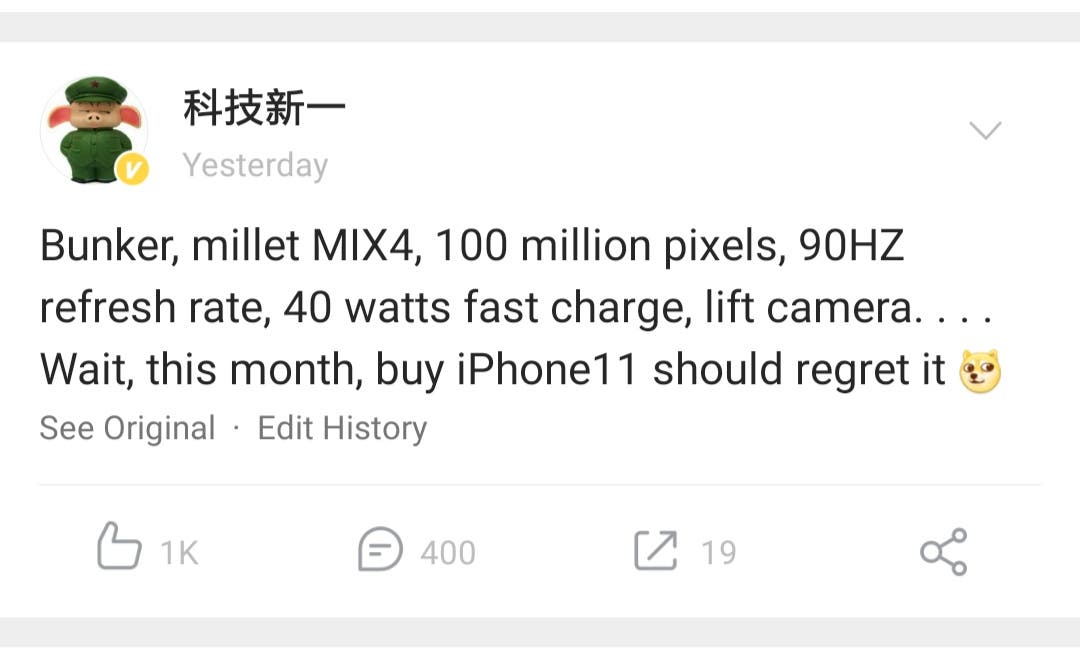 As per the leak that originates from a known Weibo tipster, the Mi MIX 4  not only has a Waterfall Screen but also will boast a 90Hz display one-upping the Vivo NEX 3 in the process. Of course, that’s if this information holds any truth to it. Furthermore, the source also reiterates previous reports that the Mi MIX 4 will have a 100MP camera. To be precise, it should be Samsung’s 108MP sensor that has been unveiled some time back. Also, the latest MIX series phone could likely abandon the slider format and instead opt for the wildly popular rising camera-module and be integrated with 40W fast charging. On that note, we would like to point that the handset could very well also boast 30W wireless charging with the Mi Charge Turbo just being unveiled.

That as well as based on previous leaks, the Mi MIX 3 successor will indeed be a drool-worthy phone amongst a number of heavyweights scheduled to launch this month. Are you excited for the Mi MIX 4?

Next Android 10 custom ROM now available for some Xiaomi smartphones