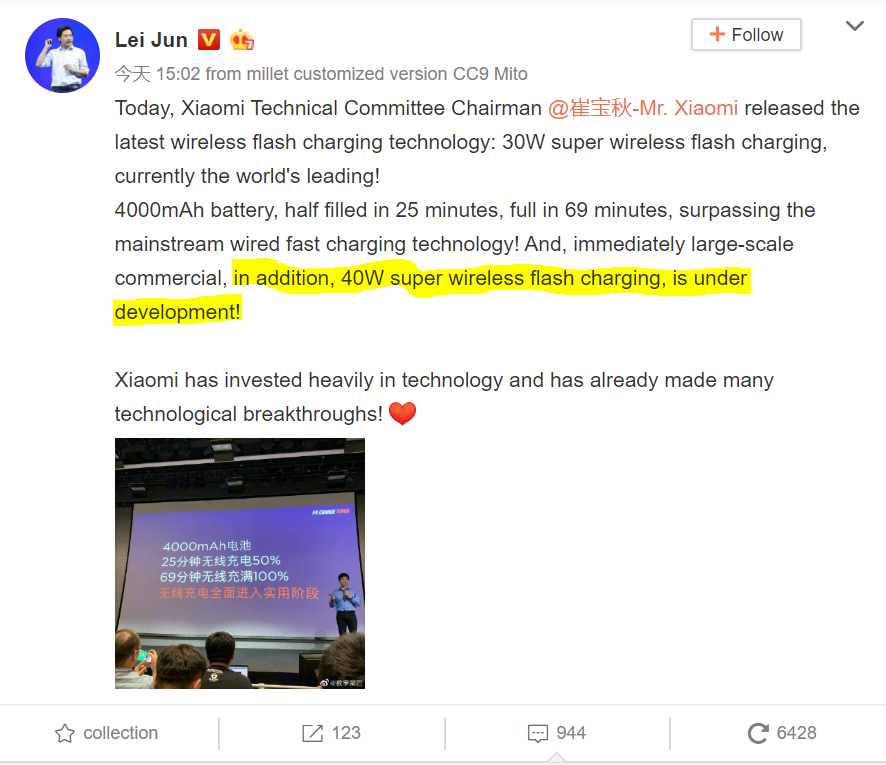 Xiaomi CEO, Lei Jun, revealed this in a Weibo post. In addition, the company also announced that Xiaomi 40W fast wireless charging is currently in its testing phase. From the proceedings, it appears that the name “Xiaomi Mi Charge Turbo” will be a general name for its Fast wireless charging. The first version has a 30W capacity while the second version will have a 40W capacity.

While Xiaomi is the first OEM to introduce this technology, other Chinese companies are working on similar wireless charging technology. It’s worth adding that Xiaomi is also working in a 100W Super Charge Turbo wired charging technology. As of now, there is no information on the official release date for this technology. What do you think about the Xiaomi Mi Charge Turbo? Let us know in the comment. According to Lei Jun, Xiaomi has invested heavily in technology and has already made many technological breakthroughs.