Apple’s big event of the year has just finished. We know all the details about the new iPhone trio, the new Watch, and a new iPad. In addition, we got plenty of details about the Cupertino-based firm new gaming subscription service. That was a pretty intense event, and that’s probably why the company finished the presentation without giving details about iOS 13 availability.

Well, Apple is aware of the fact that fans were waiting for it and promptly listed the missing details on its website. According to it, the new iOS 13 is coming to all eligible iPhones on September 19. When it comes to iPads, the compatible devices should receive the new iPadOS update on September 30. WatchOS 6 will also reach compatible wearables on the same September 19 date.

Interesting enough, there’s also news about the upcoming iOS 13.1 update. This incremental update will roll out a few days after iOS 13 update on September 30. The update will reach all compatible iPhones, including the new series 11. The iOS 13.1 release will enable the new spatial awareness features for AirDrop on the iPhone 11 trio, which are possible thanks to a new Apple U1 chip. Apple has curiously omitted this fact in the keynote.  However, we know that it is definitively coming. 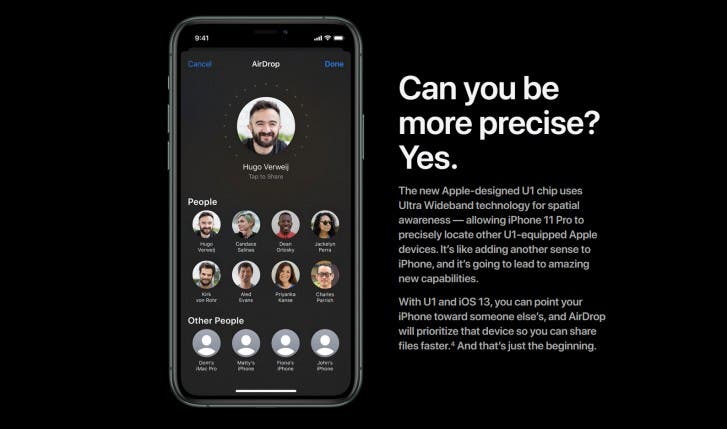 Worth noting that there’s a particular feature dubbed as Audio Sharing. It will allow the iPhone 11 series to pair two sets of AirPods or Beats Headphones to one phone. However, it won’t come with iOS 13 or 13.1. Perhaps, Apple has another build in development for a late release.

Last but not least, there’s MacOS Catalina which will only reach Apple Computers in October.