India has been a very important market for Xiaomi smartphones. The company has been on top of the Indian smartphone market for several consecutive quarters and it does not look like it is leaving the top position anytime soon. According to recent research from Counterpoint, Xiaomi tops the Indian online phone market for Q2 2019. The likes of Realme, Samsung, Asus, and Huawei are many miles behind Xiaomi. 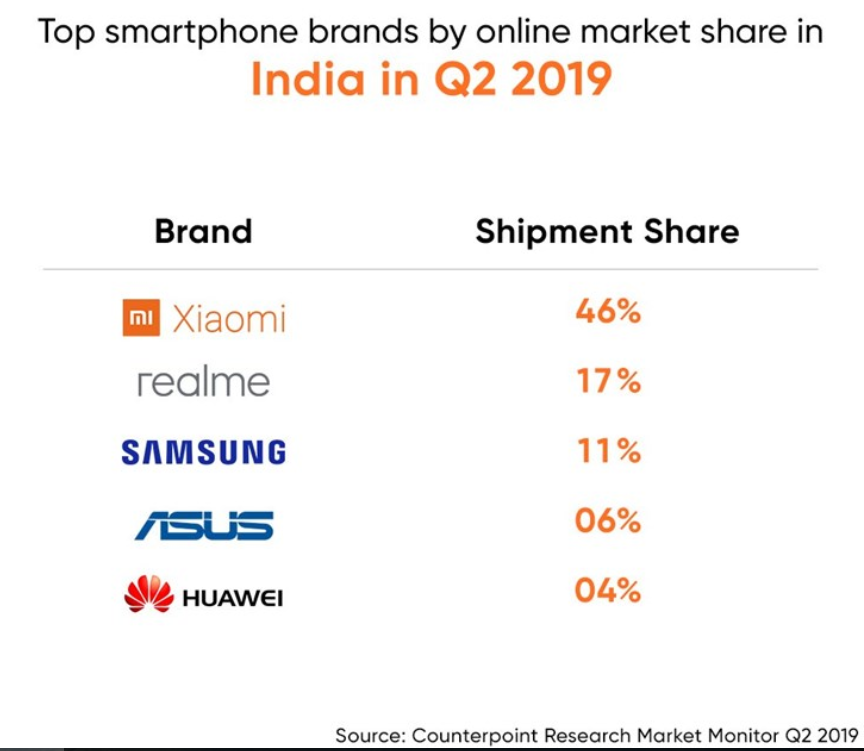 The Indian online smartphone shipments for Q2 2019 grew 26% year-on-year (YoY). New launches and multiple summer sale events drove the growth during the quarter. According to the research, Xiaomi retains its first place with a whopping 46%. Realme, Samsung, Asus, and Huawei settle for 17%, 11%, 6%, and 4% respectively. Xiaomi actually pays much attention to the Indian market. Despite Xiaomi’s blistering performance in the online market, the company is losing some grounds especially to Realme which also took advantage of Huawei’s and Samsung’s drop.

Xiaomi Note 7 Pro is the best-selling device in the online segment for Q2 2019. The likes of Redmi Note 7, Redmi 6A, Redmi Note 6 Pro and Redmi Go also drove volumes. These contributed over two-third of Xiaomi’s total online sales. As for second place Realme, its performance is driven by a strong online push and good performance of its affordable series. These include Realme C2, Realme 3, and Realme 3 Pro.

In terms of online store performance, Amazon recorded its highest ever shipments in the premium segment (29%). This is largely driven by the OnePlus 7 series. However, Flipkart remains the leader in the online segment with a 58% share. The Mi Store has 12% while others will make do with 1%. The fastest-growing brands in the online market are Realme, Asus, Vivo, and Oppo. 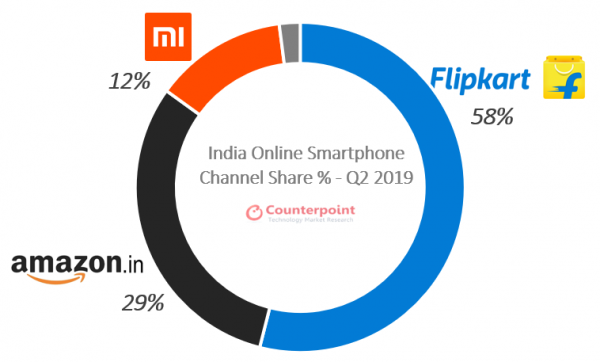 Generally, the Indian smartphone market is largely offline. However, with the preponderance of phone makers, the online sales platform is strongly picking up.