Last year, Asus introduced the world its first gaming smartphone dubbed ROG Phone which not only features top-of-the-line hardware but also redefined the way gaming phone should look like. Since then, numerous smartphone manufacturer ended up launching their version of gaming smartphones that actually looks like one too. Well, Asus has now launched the next-iteration of ROG Phone dubbed simply ROG Phone 2. The smartphone is a massive upgrade over its predecessor and comes packed with hardware such as Snapdragon 855 Plus, 120Hz display, and a massive battery. Here is everything you need to know about the Asus ROG Phone 2.

Talking about the design first, the all-new ROG Phone 2 features the same glass and metal construction with RGB ROG logo on the back and air-vent on one side. Asus claims that the smartphone is designed in such a way to offer optimal and comfortable experience while gaming.  The device comes with a 6.59-inch AMOLED panel having a resolution of 1080×2340 pixels and thick bezels. This time the smartphone maker has added more real estate to keep your thumbs from colliding while gaming. Fortunately, the thick bezels do contain the same front-facing speaker that was found in the first generation.

ROG Phone 2 is the world’s first smartphone to come with a 120Hz AMOLED display panel with a response rate of 1ms. Other display features include 240Hz touch response, HDR 10, DCI-P3 color gamut and SDR2HDR conversion. Under the hood, the smartphone is powered by a Qualcomm Snapdragon 855 Plus coupled with up to 12GB of RAM and up to 512GB of onboard memory. As expected, the device comes with the same flagship dual rear camera module that is present on the Zenfone 6 (or Asus 6z). The rear camera setup features a 48MP primary sensor and a 13MP ultra-wide lens. For selfie, there is a 24MP front snapper having an aperture of f/2.0. 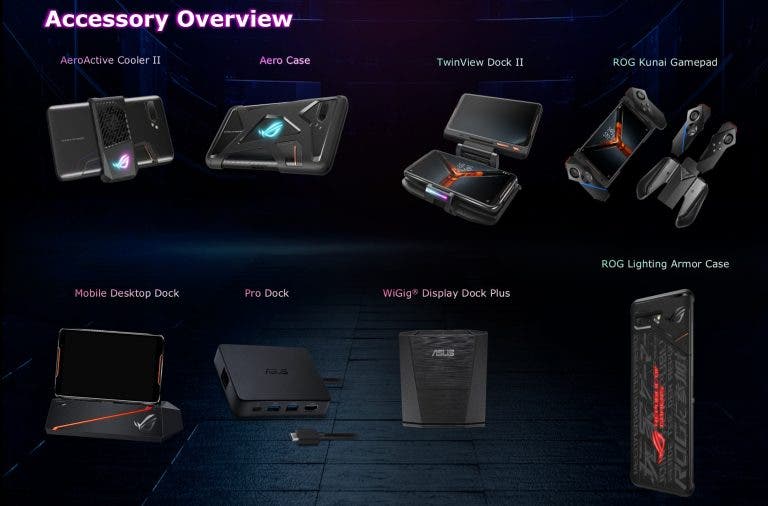 All of this is backed by a beefy 6,000mAh battery with the support of 30W HyperCharge technology. As per the brand, the smartphone can go from zero to 66.66% in just an hour. For proper heat dissipation, there is a vapor chamber, copper heat spreader, and graphite pads. The ROG Phone 2 runs on the Android 9.0 Pie, based on the ZenUI 6. Although you do have an option to choose between ZenUI 6 and ROG UI. The device also comes with an Armory Crate that shows CPU/RAM usage, Air Triggers 2 settings, RGB-lit ROG logo control and much more.

Other specifications include Bluetooth 5.0, 3.5-mm headphone jack and four WiFi antennas. You also get the same dual-USB setup; one for fast charging and other for attaching accessories.

Asus ROG Phone 2 comes in two storage variant – 8GB+128GB and 12GB+512GB options. The base variant is priced at INR 37,999 while the top-end model will set you back around INR 59,999. You will not get the AeroActive Cooler 2 with the base variant but you will still get the 18W charger and AeroCase.

The smartphone will be available for purchase starting from September 30 during Flipkart’s Big Billion Day sale. Coming to the launch offers, Asus is offering no-Cost EMI for six months and an additional 10% discount with HDFC card.

Next Galaxy A70s images listed on TENAA as well