The unannounced OPPO K5 appeared on TENAA last week but images of the handset were still pending approval. Today, those images have also popped up revealing what we guessed earlier. The OPPO K5 is actually the Realme X2 in disguise. With a very slight difference which we’ll mention further in the article. The handset is a lookalike of the Realme X2 but has an OPPO branding instead of a Realme and it’s got a nice gradient colour. 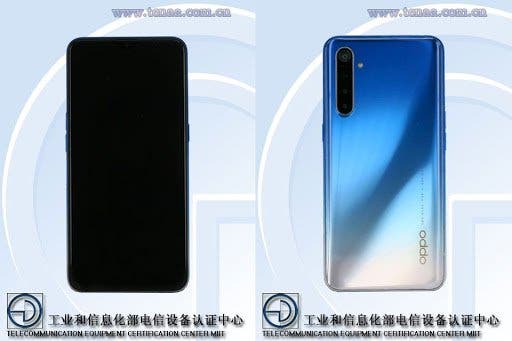 The OPPO K series has gained a lot of traction recently as OPPO has offered some a pretty good overall handset at a killer price, something similar to its once-subsidiary Realme. It comes with a 6.4-inch full-HD+ (1080 x 2340 pixels) display, an in-display fingerprint reader, and TENAA’s images show no notch, as far as I can see. The Realme X2 is likely to have a notch.  Coming to more components, the OPPO K5 will also likely come with VOOC 4.0 or 30W fast charging which is a real plus for a 4,000mAh battery device. It will enable an approximate 65 percent charge in 30 minutes.

There’s also the 64MP sensor constituting one of the quad cameras on the rear and a 32MP selfie shooter. There’s still no launch date of the OPPO K5 but the Realme X2 launches tomorrow. That should also give us a precursory idea of the OPPO K series handset.

Next Asus ROG Phone 2 Launched in India with 120Hz Display