The Galaxy A70s is inevitably set to launch in India but the handset has also appeared on China’s TENAA certification agency today with the model number being SM-A7070 Samung has recently announced the Galaxy A50s and A30s in India but this could be their first 64MP camera phone. 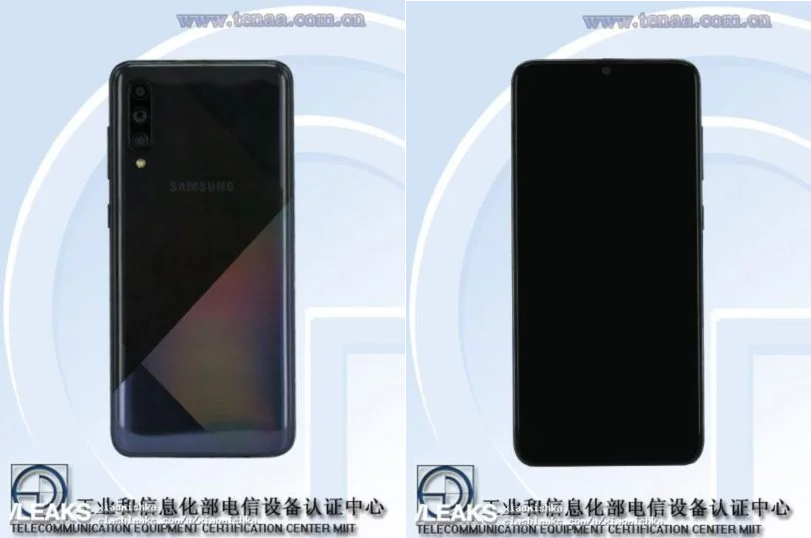 Coming to the images, the rear is likely to catch the most attention with the 3D prism finish seen on the Galaxy A50s recently. Those slanted lines making different sized triangles and shades of Black do look like a nice touch. Other than that, there’s the familiar Infinity-V Display upfront and a premium glass metal build overall. TENAA’s approval of the handset means it’s close to launch in China too although the exact dates are yet to be known.

The Galaxy A70s Geekbench listing had revealed a Snapdragon 675 processor, 6GB of RAM, and Android Pie, and we can expect it to have a 4,400 mAh battery with 25W fast charging, a 6.7-inch Super AMOLED display with Full-HD+ resolution. We don’t expect much fanfare for the launch of the device and the rumoured 64MP sensor isn’t yet confirmed and might not actually make it.

Samsung is also, on the other hand, working on true upgrades of the A series with the Galaxy A71 and Galaxy A51 but those handsets are expected to launch sometime in Q1 2020.