iQOO is gearing up to introduce a new Neo series smartphone – iQOO Neo 7 SE. The phone will debut on December 2 in China and is a cost-effective flagship. As per the leaks, the phone will come with the MediaTek Dimensity 8200 SoC. Now, ahead of the release, the phone passed by the TENAA certification website. As usual, the website leaves nothing to the imagination.

The iQOO Neo 7 SE was listed on the TENAA database with model number V2238A. The phone packs a 6.78-inch AMOLED screen with 2,400 x 1,080 pixels of resolution and an in-display fingerprint scanner. Moreover, the display will boast a 120 Hz of refresh rate and a centered punch-hole. 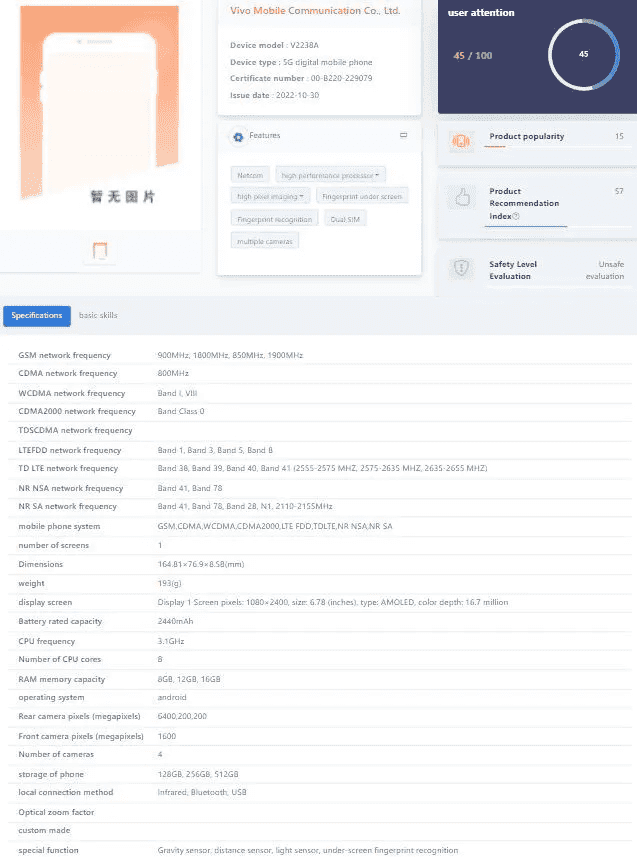 In terms of optics, the Neo 7 SE packs a triple-rear camera setup. The primary camera is a 64 MP shooter, and there are two 2 MP auxiliary shooters. Apparently, the phone is missing an ultrawide snapper. For selfies and video calls, the device has a 16 MP camera. It sits inside a punch-hole cutout at the top center of the display.

The brand will also launch the iQOO 11 series on that date with the Snapdragon 8 Gen 2.

Next WhatsApp now allows you to message yourself