Do you have a Huawei phone that is not a Huawei P30 or P30 Pro? It is possible that in recent weeks you have had some envy of these devices after deploying the first beta of EMUI 10 for these two terminals. Today we have very good news for other users who want to try EMUI 10 as soon as possible and do not mind downloading and installing a beta. 8 new Huawei and Honor phones already have access to this EMUI 10 beta program. They will be able to test the version before the global and stable deployment that the company has scheduled for later.

If everything goes as it should, terminals such as the Huawei Mate 20 Series will have the stable update of Android 10 and EMUI 10 available in December of this 2019. It is not the earliest date, but we must take into account that they are devices that were launched last year. In addition, Huawei must be careful with the issue of updates because of Google license problems. 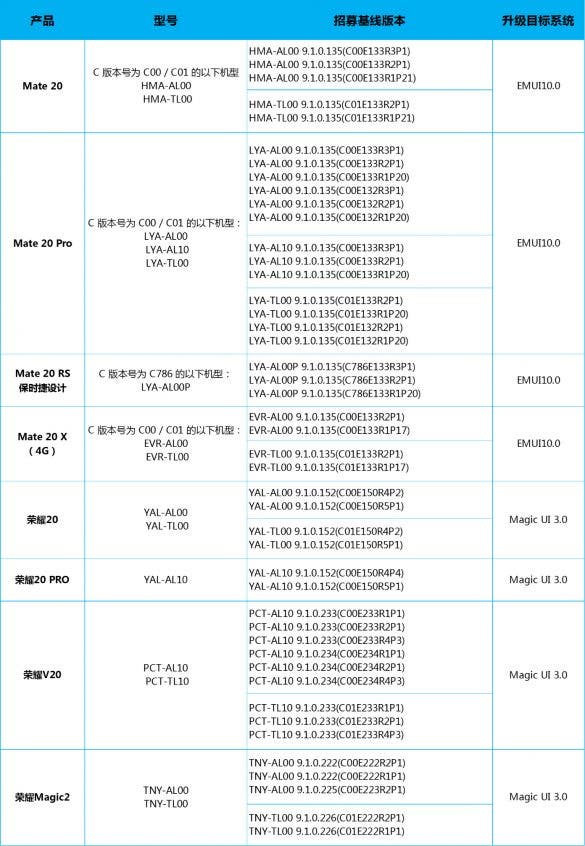 The news has just been published and is completely official. Huawei has activated the programmed beta of EMUI 10 in China. It has done so for the following devices in its own catalog and in the Honor catalog:

These 8 Huawei and Honor phones can access the EMUI 10 beta from now. Only users residing in China can do so, for now. It is expected that within a few days the beta program will also be open for users from the rest of the world. This is exactly what happened with the EMUI 10 beta for the Huawei P30 and P30 Pro.

This means that if you have one of these phones and do not reside in China, you will have to wait a bit. Of course, you can finally access the beta long before receiving the stable update of Android 10 and EMUI 10.

You should not forget that it is a beta and may have stability problems. Your job as a beta tester is to inform Huawei of the problems that you faced on your mobile. Although this is not mandatory. The company itself already collects many of the errors and behaviors automatically.