Two days ago, Chinese manufacturing giant, Xiaomi, released its latest smartphone – Xiaomi Mi MIX Alpha. This device comes with an innovative 360° surround display and supports 5G network. This device remains the most expensive smartphone in Xiaomi’s history as it was released for a whopping 19999 yuan ($2804). This is far more than any current Xiaomi phone. The company is currently trying to mass-produce the device on a small scale and the first batch should arrive by the end of the year. However, some stores in China already lists this device and the price is as high as 89,999 yuan ($12,626). 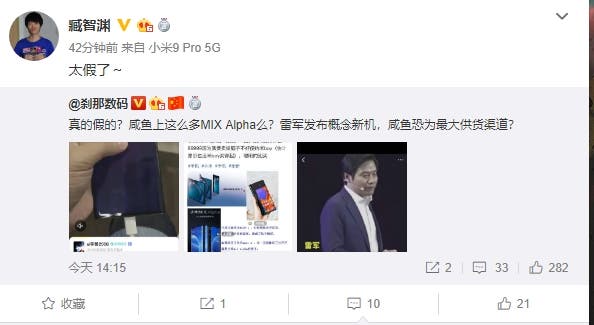 According to Xiaomi’s product marketing director, Zhi Zhiyuan, Mi fans should disregard any exorbitant pre-sale for this device. It is fake and the official device is yet to enter pre-sale. The Xiaomi Mi MIX Alpha is the first-ever smartphone to come with a 360° surround display.