The recently released Vivo V17 Pro is available across offline retailers in India starting from today. That is rather curious since the company announced that the handset would be available offline just on September 27. The report comes from 91mobiles which pointed out that the new mid-range device is already available via some offline stores a day ahead of the scheduled launch.

According to the report, retailers from Uttar Pradesh, Haryana, Delhi, and Rajasthan have confirmed that Vivo has reduced the sales target of offline vendors by 15%. The reason behind this move could be because of the processor powering the V17 Pro. The Snapdragon 675 is powering the handset and is also present in the Vivo V15 Pro. Apparently, the company is aware that this handset will not break a sales record. After all, it is priced at Rs. 29,990 (~$423) and Xiaomi, for instance, has the Snapdragon 855-powered Redmi K20 Pro being sold at Rs. 27,999 (~$395) price tag. 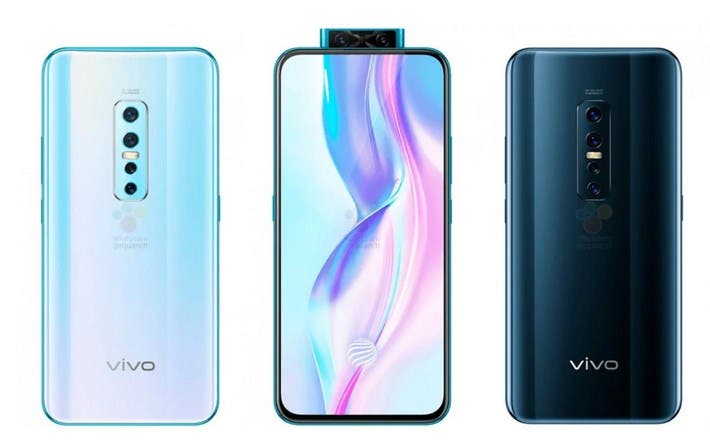 The Vivo V17 Pro is a powerful mid-range device featuring a gorgeous 6.44-inch Super AMOLED display. Under the hood, we find a good Qualcomm Snapdragon 675 AIE CPU. Along with up to 8GB of RAM and 256GB of internal storage. As far as photography is concerned, the Vivo V17 Pro brings a total of 6 shooters. The handset feature a dual pop-up camera mechanism with a primary 32MP camera coupled by an 8MP super wide-angle lens shooter. In addition, we can find a quadruple-camera setup around the back comprising a 48MP camera + 13MP telephoto + 8MP ultra-wide-angle + 2MP depth module.

The handset draws power from a large 4,100mAh battery with 18W fast-charging support. After the initial India launch, we expect to see it making way for more countries in the West.

Previous Counterpoint: Apple Airpods take the lead of the US market for wireless earphones