The flexible technology is one of the most important trends in the near future. Brands such as Samsung or Huawei are having numerous delays with devices that seem not to be fully prepared to be marketed. Now, everything seems to indicate that the Galaxy Fold has already solved some of its problems and is preparing for a worldwide launch that we do not know how it will be received by users. On the other hand, brands such as Motorola continue to make their way towards mobile phones.

The Californian company has set out to enter fully in the folding mobile sector. With a Motorola RAZR phone that has not gone unnoticed by the media worldwide. The first foldable mobile of the brand has appeared in several renders. With a completely different design to what we are used to seeing, the only thing that was not known was when it was going to be presented. Well, it seems that we will have a new foldable mobile before the end of the year.

The Motorola RAZR will arrive in 2019 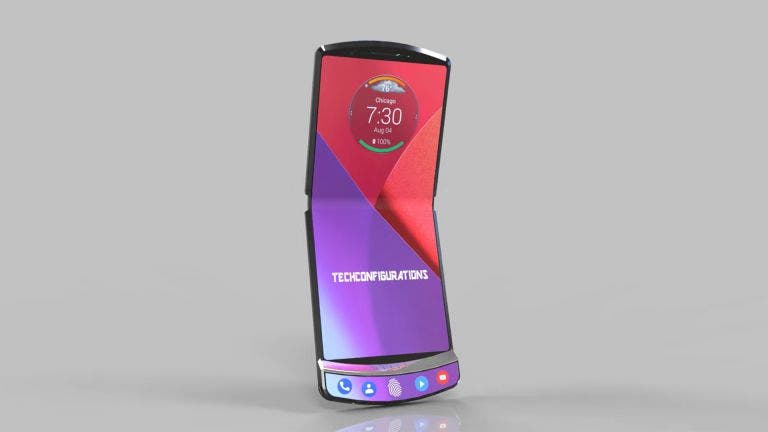 According to sources close to the brand, Motorola would be preparing everything related to its foldable mobile for 2019. CNET confirmed that a new rival would be available for the Galaxy Fold and Mate X before he end of the year. Everything seems to indicate that the presentation of the Motorola RAZR was ready for summer. But the company in the hands of Lenovo has decided to delay the launch. In order to improve some structural problems.

It should be noted that the presentation of a terminal does not ensure that it will be a reality in the market in the same year. Most likely, the Motorola RAZR will begin to be available to ordinary users throughout 2020. The company has decided to bet on a completely different model. Compared to the folding mobiles that we have seen in other brands. A device that It would arrive for a more affordable price and with internal specs of medium-high range.