Many people still play Pokémon Go today, although the app is no longer as in sight as it could have been in 2016. For a long time, we know that the Niantic team who develop the app are fighting against various forms of cheating. However, it was not known that having a Xiaomi smartphone could be considered a banned behavior.

However, many Reddit users have complained that their account has been temporarily suspended while they say they have done nothing wrong with Pokémon Go. Later they realized that this phenomenon affected some Xiaomi smartphones. 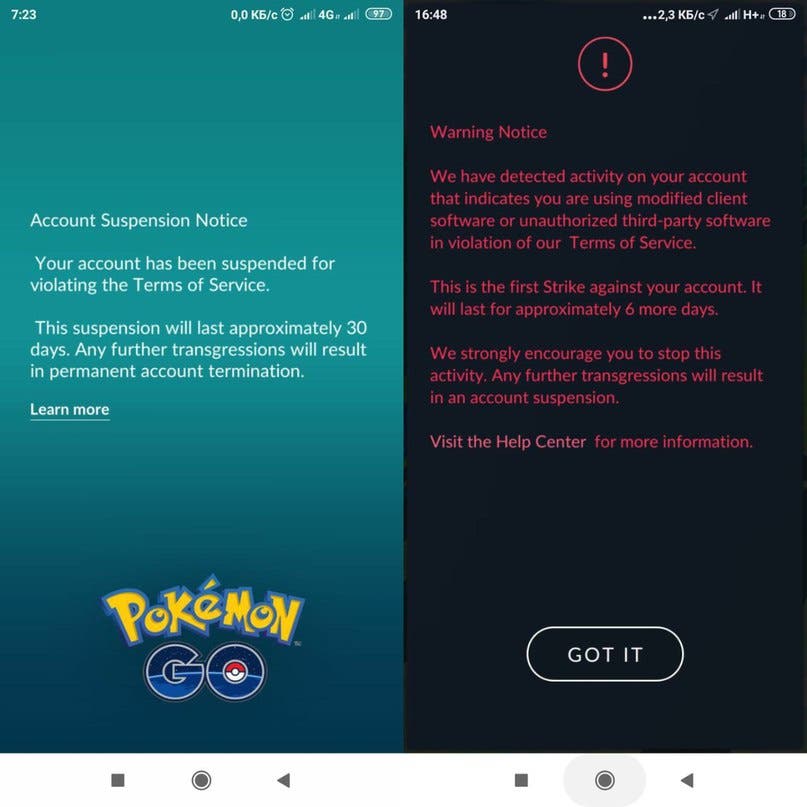 “I’ve got two Strikes this September one after the other for no particular reason. I can’t think of any explanation other than some technical issue. With playing Pokemon Go on the Xiaomi Redmi 5 phone. Niantic Support says repeatedly that as long as I am abiding TOS and Guidelines there should not be any reason for concern, but here I am on the verge of the permanent ban for nothing” said a user on Reddit.

Other smartphones such as the Xiaomi Redmi Note 7 or the Redmi Note 5 also seem concerned by this problem. It would seem that Pokémon Go is having trouble with an item. Or application of the MIUI system and interprets it as a cheat tool.

For now, Niantic and the Pokémon Go teams have not yet reacted officially.

Next Visionox is behind Xiaomi Mi MIX Alpha's 360° surround display