Oppo’s next flagship, the Reno Ace is all set to go official in China on October 10. We know quite a lot about the upcoming device, but ahead of the official launch, the Chinese smartphone maker out of nowhere announced its second smartphone for the Japanese market. Dubbed the Oppo Reno A, the new entrant is a mid-range offering made specifically for the Japanese market, thanks to its IP67 waterproof and dustproof rating. 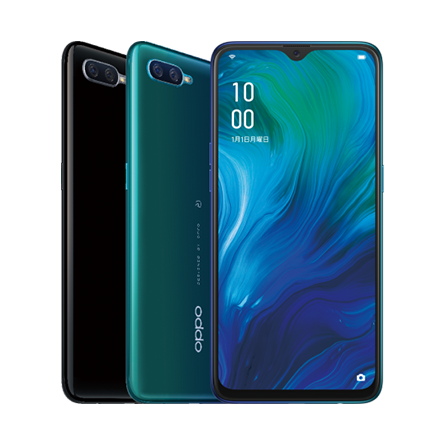 The Reno A has a Snapdragon 710 processor, 6GB of RAM, and 64, and a 128GB storage model which is exclusive to Rakuten Mobile. It flaunts a 6.4-inch 2340 x 1080 display with a waterdrop notch, 91% screen-to-body ratio, and a Corning Gorilla glass protection. Around the rear, the device gets a dual-camera setup, of course with an LED flash. There is no fingerprint scanner in sight, and that is because the OPPO Reno A comes fitted with an in-display scanner. 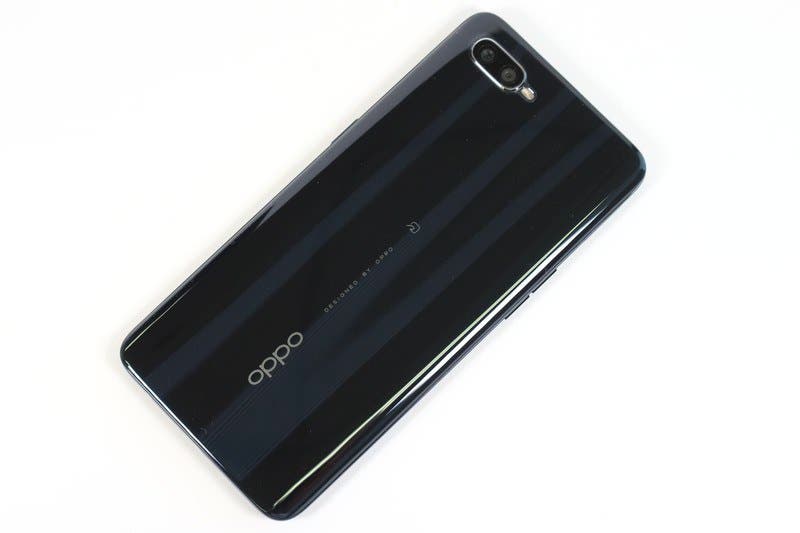 While most devices are fast adopting Quad, and even triple cam setup, the Reno A gets a Dual camera setup on its back panel. It gets a 16MP primary camera and a 2MP depth sensor with up to 22 scene recognitions and 416 automatic scene settings. And on the display front, the Oppo Reno A gets a 25MP AI camera with a beauty mode and a portrait mode.

Powered by a 3600mAh battery that charges via a USB Type-C port, the Reno A has NFC with support for FeliCa mobile payment, runs on runs ColorOS 6.0 with Game Boost 2.0 which includes Touch Boost and Frame Boost for faster touch response and smoother gaming respectively. 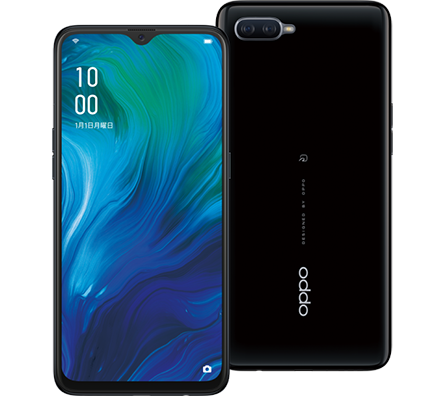 Oppo Reno A Pricing and availability

Oppo has only announced the Reno A for the Japanese market at the moment, and it appears the device will never make it outside of the Japanese market. It will go on sale in the country beginning from October 18 via Amazon Japan, Rakuten Mobile, Fiimo, LinksMate, Yamada, Joshin, Simseller, and Nojima. It starts at 35,800 Japanese yen (~$333). 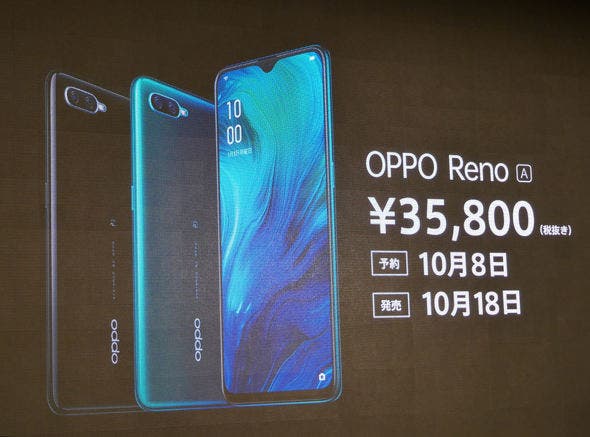