Managing the calls of an Android smartphone from a PC will soon be possible. Thanks to the Windows “Your Phone” application. The Redmond company, in fact, has released build 18999 (20H1) of Windows 10 to the Insiders belonging to the Fast Ring (beta tester program). Among some improvements and the resolution of some errors present in the previous versions, the Calls function has been introduced which offers the possibility of managing the calls of our Android smartphone directly from the computer.

By coupling the two devices, the user can manage all the call related functions without using his smartphone. Microsoft specifies that it will be possible to answer calls, start them using the dialer in the app or the list of contacts, reject incoming calls by sending a message or redirecting to the answering machine and access the recent call history. Furthermore, there will be the possibility to transfer phone calls between PC and phone without any interruption. 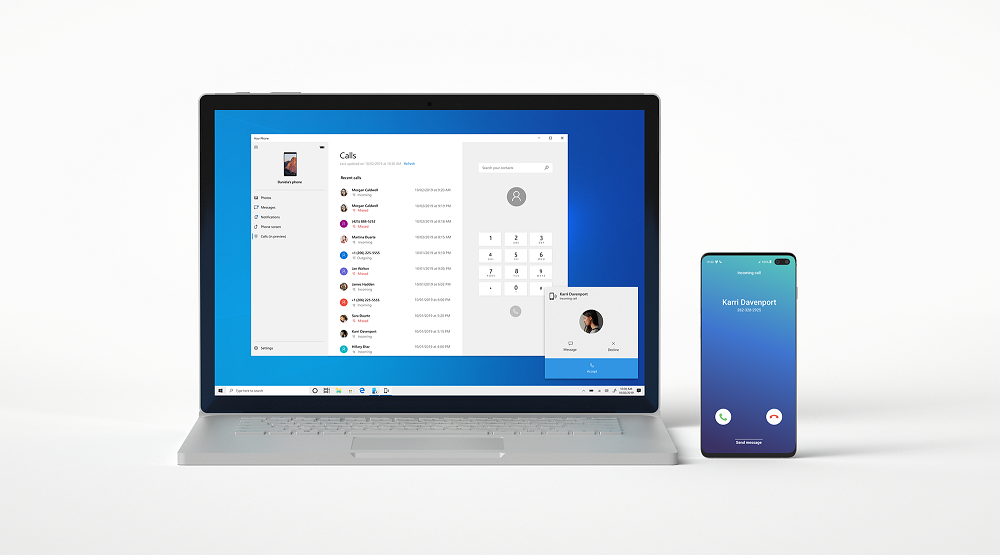 The interface comes with the style of Skype, with a clean and clear appearance. In order to take advantage of Your Phone application with the new function. Smartphones must be updated to at least the Android 7.0 Nougat version. And the computer must have Bluetooth connectivity. With at least Windows 10 build 18362.356 on board. For the time being, the function is available only for that close circle of users. Belonging to the Windows Insider program, to which it will be distributed gradually.

For the public version available to all users it will be necessary to wait a little longer. There is no information about it but it is conceivable that the new function will be integrated into the next stable version of Windows 10.