For several months, Chinese manufacturing giant, Xiaomi, has been on top of the smart TV market in China. According to a recent data from Avi Cloud (AVC), Xiaomi TV remain top of the Chinese TV market in August 2019. From the list, the top 10 brands in China’s TV market in August 2019 were Xiaomi, Skyworth, Hisense, TCL, Changhong, Haier, Konka, Cool, Philips, and Samsung. Prior to this, reports from three authoritative research institutions (Aoweiyun.com, Qunzhi Consulting, and Zhongyikang) shows that Xiaomi TV sale is highest for the first half of 2019 in China! 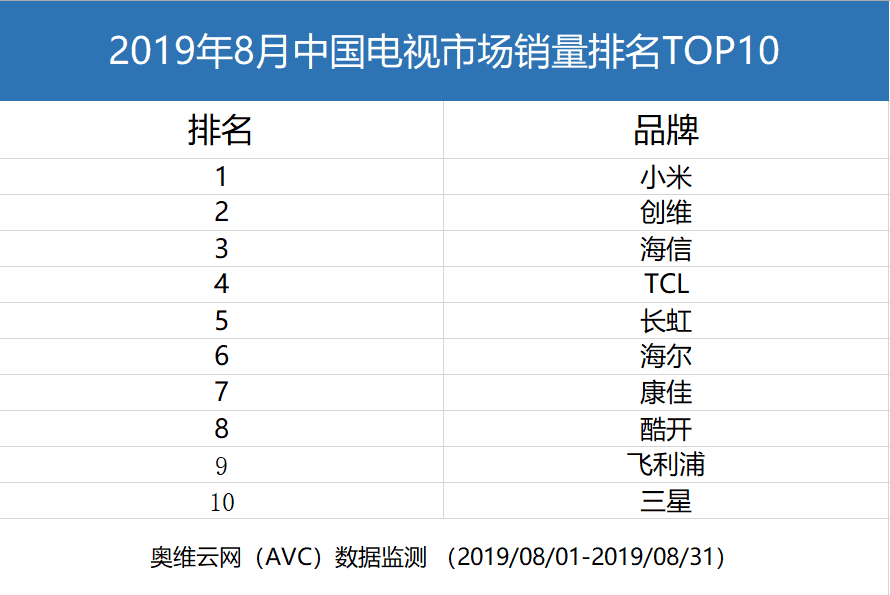 According to Li Xiaoshuang, head of XiaomiTV, the company strives to be first in China and nothing else. Lei Jun, Xiaomi’s CEO, also believes that “continuous innovation” is the reason behind the blistering performance. Lei Jun took the 65-inch Mural TV as an example. He pointed out that it won the “Colour TV Innovation Product” award at the “China Intelligent Display and Innovation Application Industry Conference”. It also has other awards like

In addition, Lu Weibing, president of Redmi, believes the company’s TV is tops for four reasons. These include easy to use, rich in content, AIOT compatibility, and high quality. MIUI TV and PatchWall TV systems are from MIUI and they lead Internet TV services in China.

Next Windows 10: calls on Android smartphones will be manageable from a PC