Earlier today, Xiaomi TV officially announced that the Redmi Smart TV X 2022 will be announced on October 20. The company also tweeted a couple of words about the upcoming large-screen product saying it will be a TV with an uncompromising spirit. Also, it will use absolute strength to surpass itself. 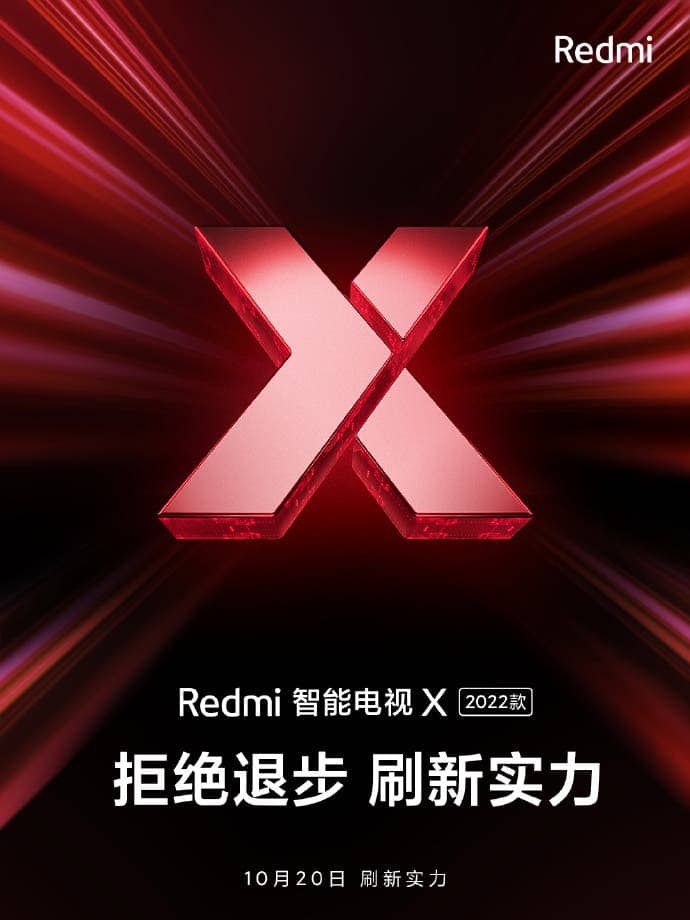 Zhang Feng, a partner, senior vice president, and chairman of the procurement committee of Xiaomi Group, said that the biggest rival of the Redmi TV is the product itself. He also asked “following the popularization of MEMC and metal full screens, what breakthroughs do you want to see in the Redmi Smart TV X 2022?”

In May 2020, the Redmi Smart TV X series was officially released. The new product is positioned as a light flagship smart TV for young customers. The TV adopts a metal frame and a minimalist full-screen design. The screen-to-body ratio is as high as 97%. Initially, there was a 55-inch variant only. The price of this version was 2299 yuan ($359). But later, the 65-inch version also went on sale at 3299 yuan ($512). 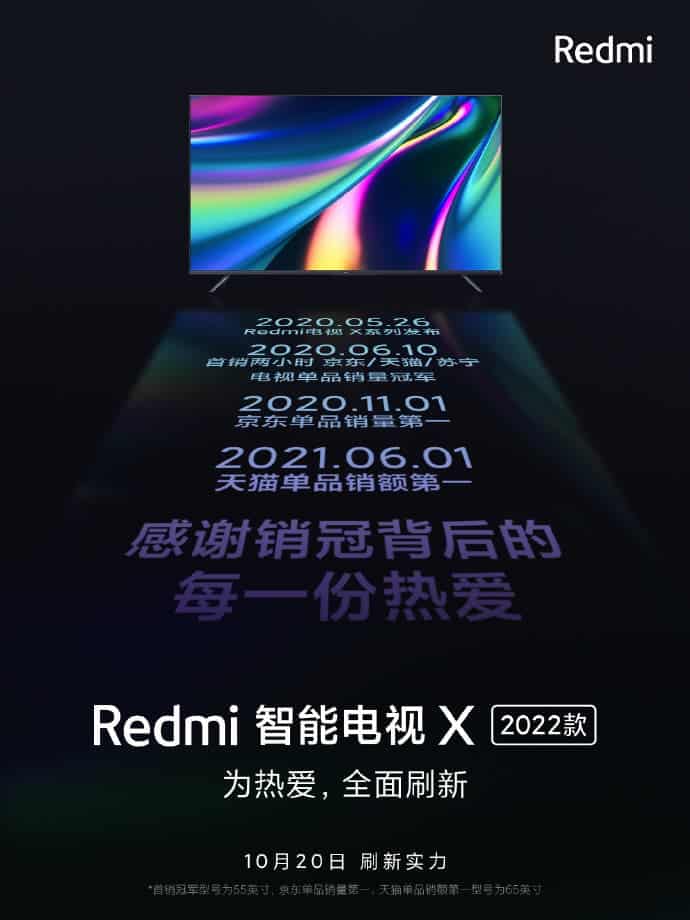 By the way. MEMC means Motion Estimation, Motion Compensation. It’s a new technology. However, this tech is swiftly becoming very popular due to a number of reasons. It is a big deal for regular TVs to capture fast-moving objects in high detail due to their low video frames. So, MEMC makes it possible to artificially create additional frames for movies and videos. Say. If a movie comes at 30fps, it can be viewed at 60 or even 120fps.

Getting back to the upcoming Redmi Smart TV X 2022, that’s not difficult to guess that it will aim at young customers as well. Thus, the price won’t touch the skies but it still will sport various amazing features. The screen resolution and hardware are believed not to downgrade in comparison to the previous generation. However, everything will be unleashed in a few days. We also hope that the price tags of the new TVs won’t increase.

How To Buy Gaming TVs And Which Parameters Matter: Quick Guide