Today, Xiaomi TV officially announced that the sales of new OLED Xiaomi TV products exceeded 10,000 units within 15 days since of their launch. This is a new industry record.

In this regard, Lu Weibing, President of Xiaomi’s China Region and International Department and General Manager of Redmi Brand, added: “My partner told me that it has occupied about 50% of China’s OLED TV market. But it also shows that the current penetration rate of OLED TVs is too low. Therefore, our goal is to continue to popularize OLED TVs!” 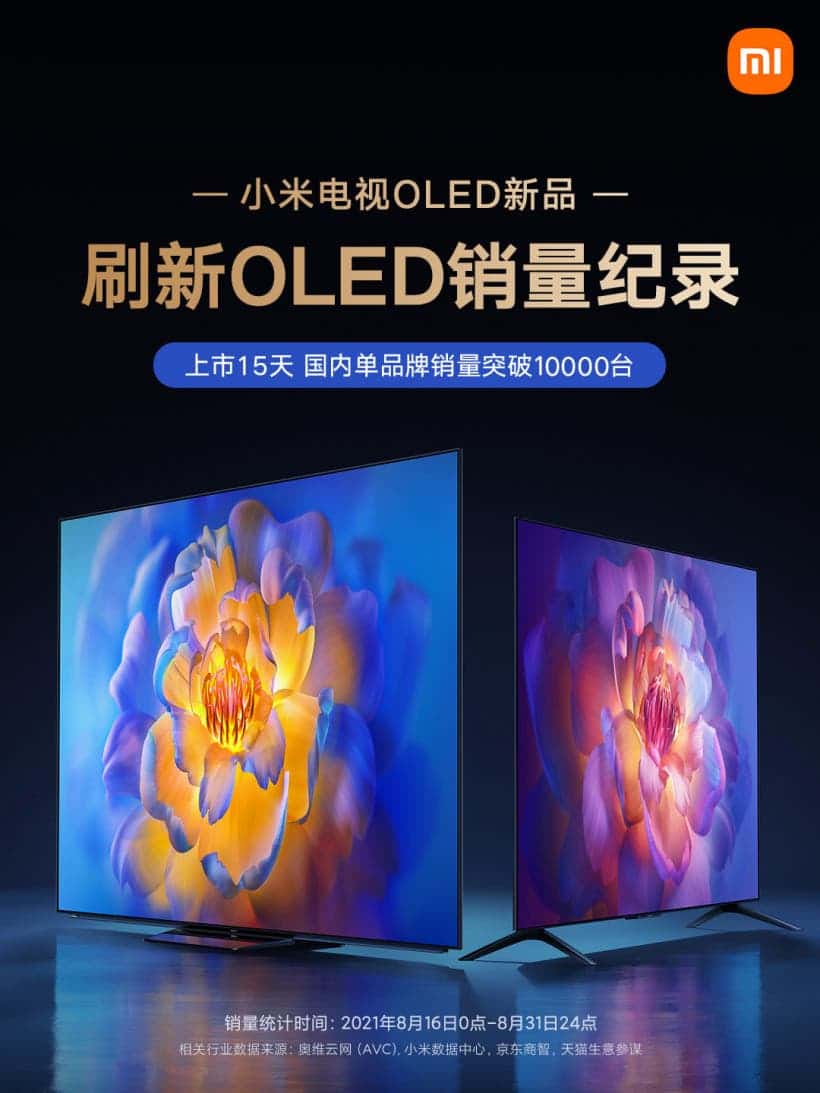 It is worth mentioning that Xiaomi’s Q2 performance report showed that the Xiaomi TV has ranked first in China for 10 consecutive quarters. ​​​​

On August 10, Xiaomi Mi TV 6 OLED was officially released. It is known as the first OLED TV designed for young customers. In terms of price, the 55-inch variant costs 5699 yuan ($883). Thus, many young customers (presumably with relatively low incomes) can afford themselves to buy such TVs. 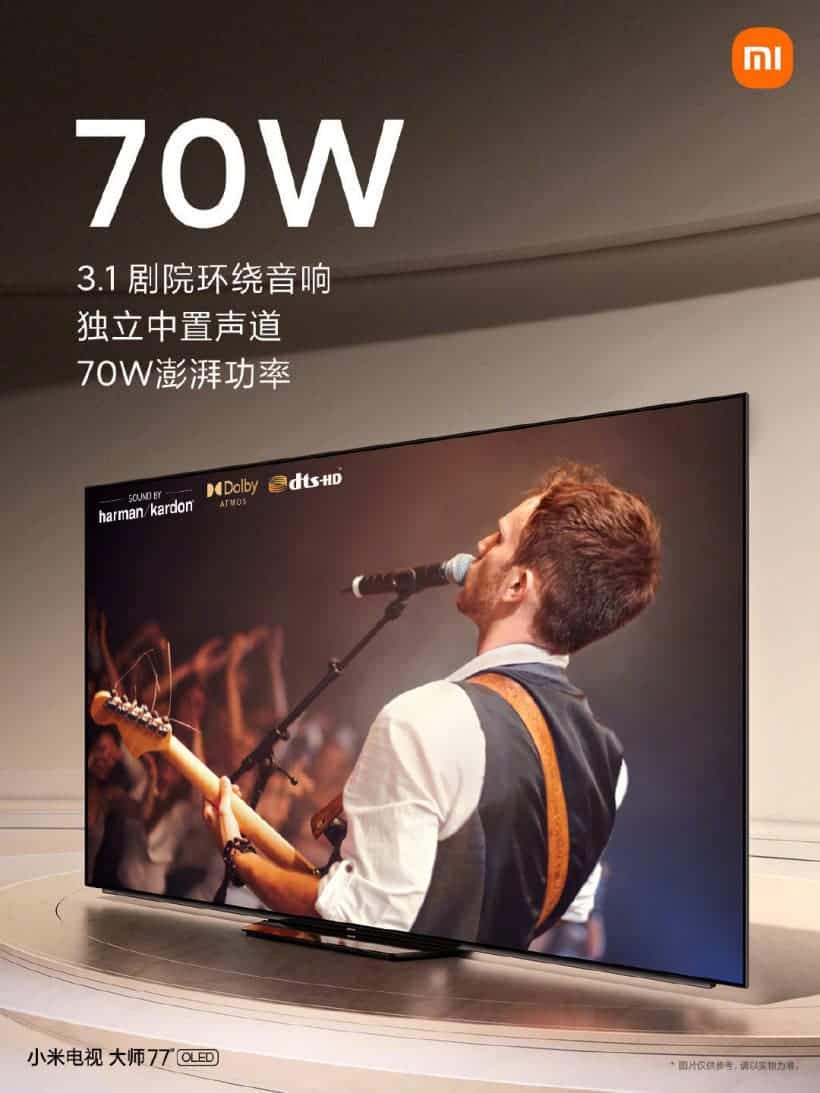 This product has a 4K resolution 60Hz refresh rate screen, which supports a 98.5% DCI-P3 color gamut as well as a 10bit color display. The TV is calibrated at the factory, and the color accuracy is △E≈2, while the contrast reaches one million level. Each pixel of an OLED screen emits light by itself. So the contrast of this type of TV is much better than that of an LED-backlit LCD screen.

At the same time, the company has released the Mi TV Master 77 OLED. It has a super shocking 77-inch OLED screen and is priced at 19,999 yuan ($3097). This model uses an OLED screen with a refresh rate of 120Hz. It also supports Dolby Vision, with a peak brightness of 1000nit and a contrast ratio of 1.5 million:1, covering four professional color gamuts at the same time. This TV also supports e-sports function, has Xbox official certification, provides HDMI 2.1 interface, and supports variable refresh rate. In addition, the TV is also equipped with 70W Harman Kardon speakers that support NFC and UWB one-finger connection functions.

Lu Weibing said that the Xiaomi TV may bring a new situation to the OLED TV market.

Why Does Xiaomi Succeed?

As early as 2019, Pan Jiutang, a partner of Xiaomi’s industry investment department, expressed his opinion. He said that the key factors for Xiaomi’s success are: