In July of this year, Chinese phone maker Vivo released the iQOO Neo, a very cost-effective device with some rather interesting hardware. Today, the latest from China suggest that a new iQOO Neo 2 might be around the corner.

What’s supposedly the iQOO’s second generation Neo did indeed just appear on benchmark site database Geekbench. In particular we have a smartphone with code name “V1936A” which many believe is the device in question. 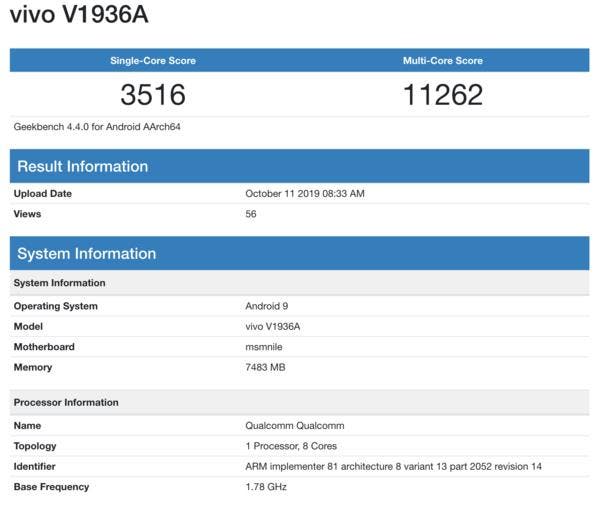 As we can see in the image above, the handset with code name V1936A managed to achieve 3516 in single-core mode, while running in multi-core in managed to get 11262 points. These scores suggest the smartphone is equipping a Qualcomm Snapdragon 855, so a flagship CPU but not the most powerful on the market; the Snapdragon 855 Plus.

From the screenshot we also learn the amount of RAM. In this case we find 8GB, which is more than enough for most users.

Aside from the high-end CPU, we know from previous rumors that the iQOO Neo 2 will be equipped with a large 4500mAh and support for fast charge at 33W.

Next Vivo V1934A with triple cameras spotted on TENAA