The Meizu 16T, which is Meizu’s upcoming gaming smartphone, has been teased officially. We’re weren’t treated to a launch date for it but the company has finally confirmed it today. Also, official prices of the handset have already leaked.

As per a listing of the handset found on e-commerce portal Tmall, the Meizu 16T pre-sale has kicked off and it should end on 23rd of October. This was a hint for the launch date of the handset and now it is declared officially. Do note that a leaked invite did show the launch date to be October 23. We have been expecting a launch this month itself if not on October 23, hence there should be an official confirmation by next week. 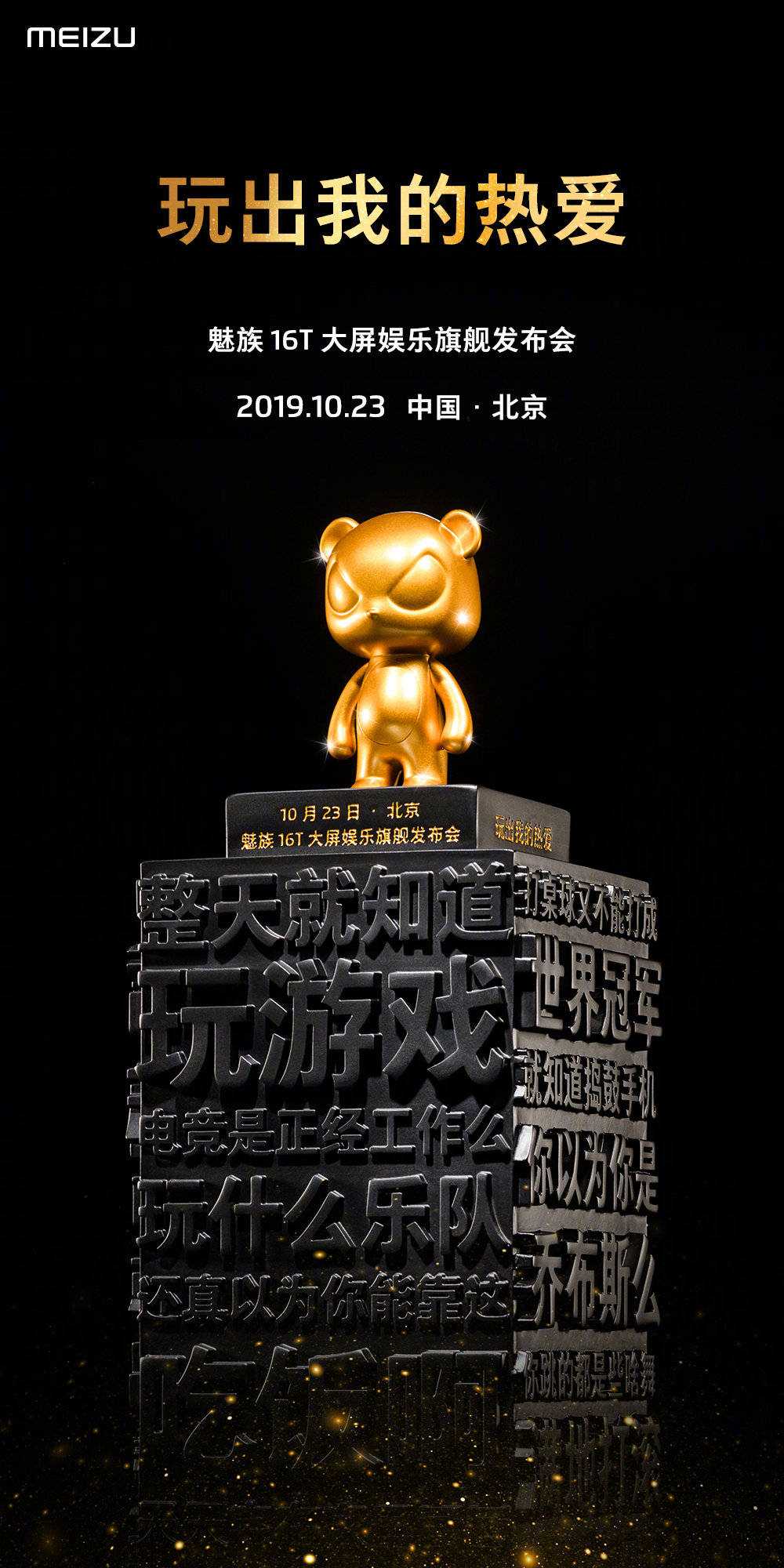 There’s also an official-looking poster that reveals the same 2,499 Yuan prices. Those are pretty darn good prices for a Snapdragon 855 smartphone. TENAA images of the Meizu 16T revealed 1080p+ OLED panel, but with a 6.5” diagonal it will be larger than the 6.2” screens of the 16s duo. The battery will be a massive upgrade, 4,400mAh (up from 3,600mAh). Meizu has undergone some big personnel changes recently in China after a number of its retail stores closed late this year. This will be the latest flagship from the company.

Previous Apple Began Producing iPhone XR In India: Some Items Will Be Shipped To Europe

Next LG to release Android 10 Beta update later this month