Despite the fact that the OnePlus 5 and 5T are already two-year-old smartphones, OnePlus still provides a good support for them. The two handsets were originally released with Android 7.1.1 Nougat. Moreover, they received Oreo and Pie updates after their respective releases. Now, the duo of smartphones is also in the Android 10 roadmap but it won’t come until next year. While the next big version of Android doesn’t come for them, OnePlus is rolling out minor updates to improve the experience with OxygenOS.

Today the Chinese firm is rolling out OxygenOS 9.0.9 update for both smartphones. As you may expect, it doesn’t come with a set of changes. Instead, it ships with some bugfixes and performance enhancements. The big icing on the cake of this update is the latest October 2019, security patch. OnePlus’ update also comprises a fix for an issue with the expanded screenshots feature in OnePlus 5. 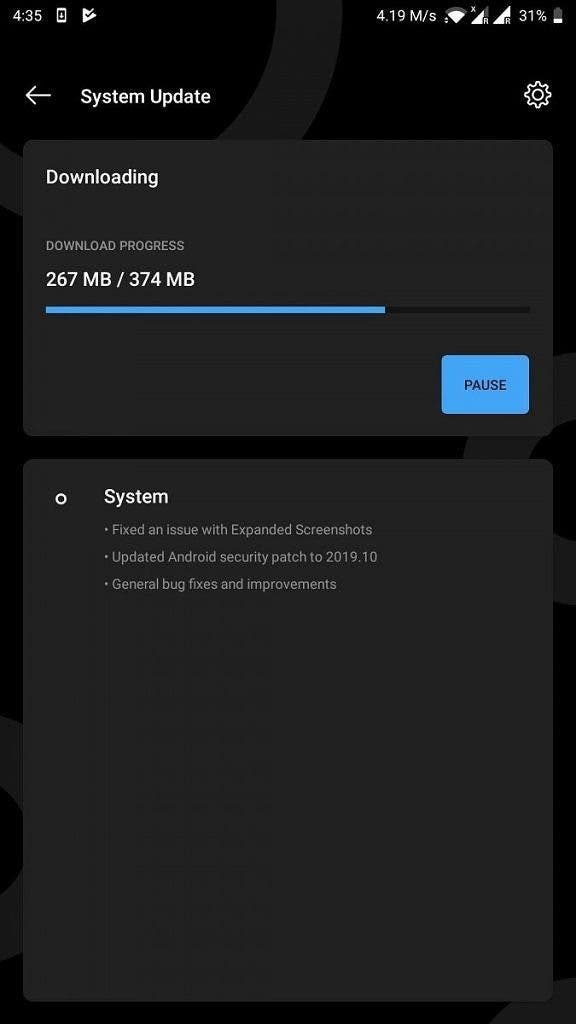 The OxygenOS 9.0.9 rollout will be gradual and will only reach a limited number of users. If no critical bugs are found in the meantime, OnePlus should expand the rollout to more regions. It’s interesting to point out that this version of OxygenOS carries the 9.x.x version, while the Android 10-based build jumps directly to OxygenOS 10.