Samsung recently kickstarted the One UI 2.0 beta program for the Galaxy S10 series a few days back. But the Galaxy Note 10 series was left in the dust angering buyers of the new Note series. However, that will change now as Samsung teases One UI 2.0 beta program for Galaxy Note 10 Plus in Korea. Along with South Korea, the beta should also be available in Germany, Poland, Spain, France, India, China, the UK, and the US, says SamMobile. 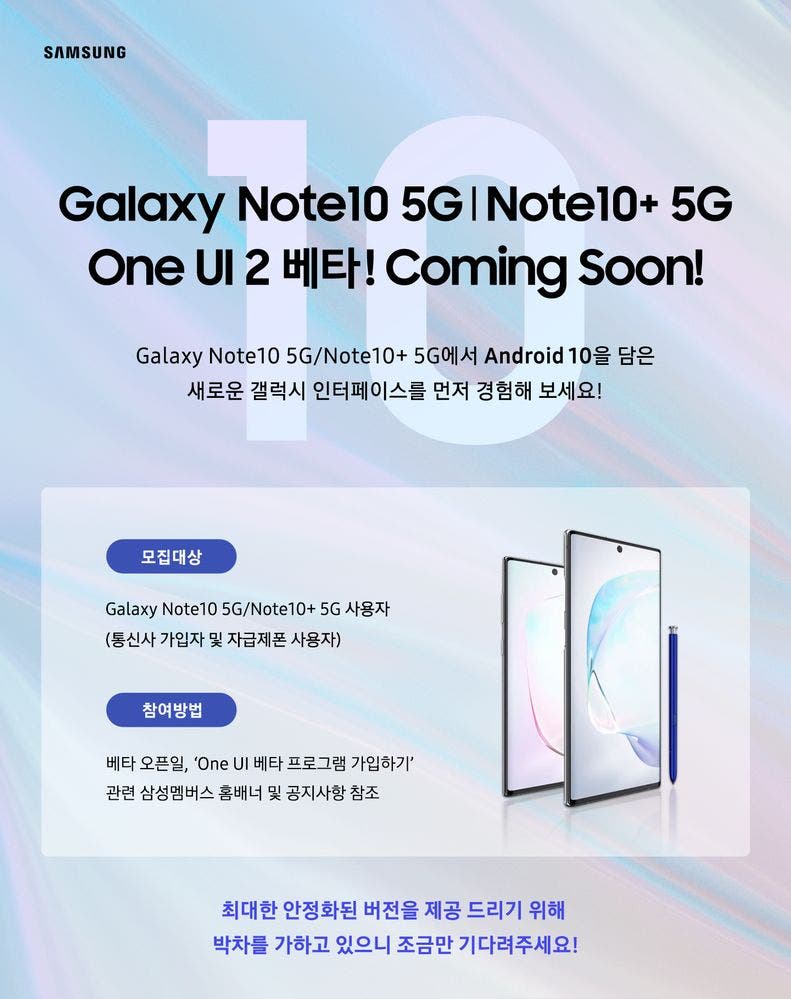 Similar to the Galaxy S10 series, the One UI 2.0 beta program for the Galaxy Note 10 series will be most certainly available in a number of countries like Germany, Poland, Spain, France, India, China, the United Kingdom, and the United States. Even though it will be available in a number of countries, not all models in those countries will be eligible as it depends on carrier partners as well.

Also, it is not sure whether the Note 10 Plus 5G will be eligible for beta outside Korea as the Galaxy S10 Plus 5G is not eligible in global markets. More information will be revealed by Samsung when it will announce the timeline which is yet unknown. Previously, One UI 2.0 beta for the Note 10 series was scheduled for 21st October but that did not happen.

According to Samsung care representatives, it has been delayed until 24th October which is just two days away. Hope to hear more from Samsung in the coming days.