Though Huawei and its sub-brand have launched a number of smartphones in China, only a few made their way to global markets this year. That is because of the ban imposed by the US government which dictated the US companies to drop their businesses with the Chinese tech giant. Nevertheless, Huawei’s sub-brand Honor confirmed it will be launching the Honor 9X in India before the end of 2019.

Due to the Huawei ban, more than 130 US companies like Google, Microsoft, and others had to halt their businesses with the company. Hence, Huawei had to even lose their Google Services licence which is a nightmare if they want to sell smartphones in global markets. But still Honor India’s President, Charles Peng says they will be bringing the Honor 9X to India by the end of this year(2019) and he also confirmed that it will run Android. But however, he did not mention anything about the Google services which is essential for Play Store, YouTube, and other Google apps. Speculation is that the global version could ship with the Kirin 710 SoC which is a relatively older chip than the 7nm-based Kirin 810. This allegedly has something to do with Google’s services license. However, no official has explicitly co 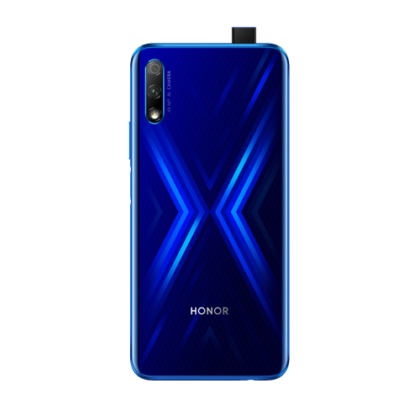 In case you do not remember or have forgotten, Honor 9X was first launched in China in July, a month before the Huwaei ban. The phone’s two key specs include the HiSilicon Krin 810 SoC and a pop-up camera. Honor is already late for the Diwali frenzy in India while competitors like Xiaomi and Realme have been able to cash in on it and a launch after the sale season will make the prospects of the Honor 9x far more grim. The handsets has been teased by Honor Malaysia’s official Facebook handle and will be launching soon there.

Next Galaxy Note 10 series One UI 2.0 beta to commence soon