After starting the Android 10 beta program in the form of One UI 2.0 for the Galaxy S10 series, Samsung is finally giving the same treatment to the Galaxy Note 10 devices. The new Android version is making way to Note 10 and Note 10+ phones in the US and Germany.

The official Samsung team posted a banner informing users about the start of the beta program. The banner is exactly similar to the one used for the Galaxy S10 series. But this time around, we have the Galaxy Note 10 devices in the center. The post also mentions that the update will also reach the 5G variant of the flagship in the future. 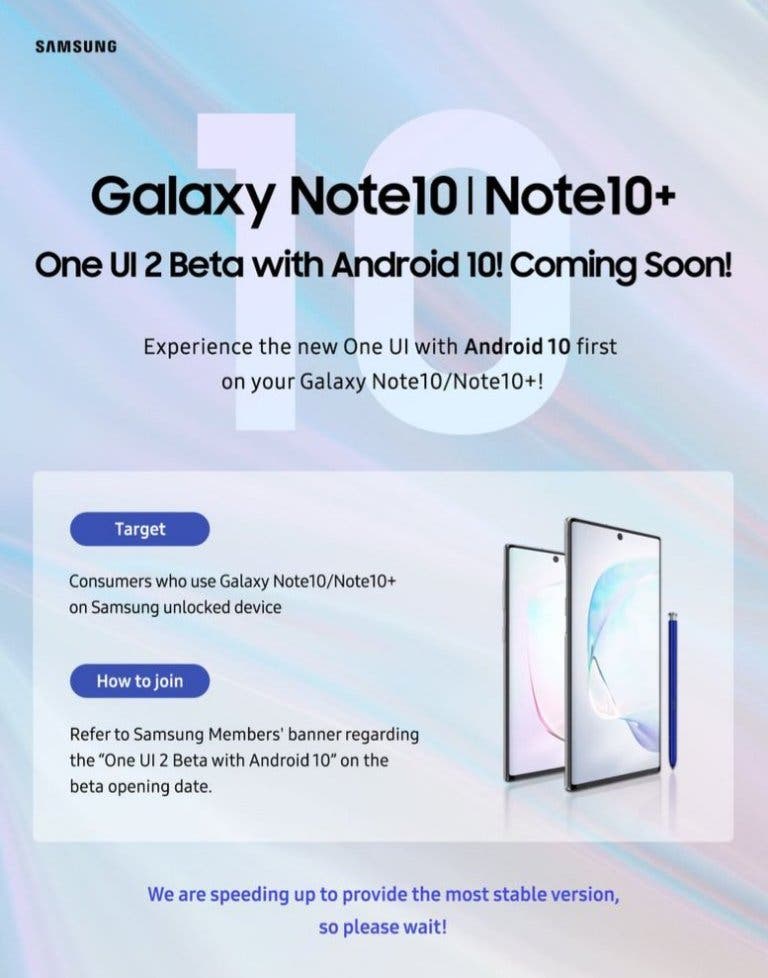 In both countries, the update will reach first users with Unlocked units of the flagship smartphones. Curiously, Samsung allowed Sprint & T-Mobile Galaxy S10 customers in the US to install the beta. This time around, however, the South-Korean has chosen to limit the update for unlocked variants.

According to a Samsung Germany official, the company will open One UI 2.0 based Android 10 Beta on October 24. That means that starting tomorrow users will have the change to register through Samsung Member App. The app comes pre-installed in Note 10, but if that isn’t your case, you can install it through Play Store. For now, we only need to know if this update will be available for all users with unlocked variants, or if it will be limited like the Galaxy S10 beta.

Next Realme 5s could be launching soon, bags NBTC approval