PUBG is a big phenomenon among battle-royale games. The game reached smartphones in the last year and was a big hit. The game is made by the big Chinese conglomerate, Tencent, and still is one of the most played games in smartphones. Well, we can pretty much say that it was one of the games that proved that the mobile gaming scenario needs all attention from game producers. Despite all success, PUBG doesn’t deliver the best performance for low budget smartphones. Seeing the huge demand in this segment, the company released PUBG Mobile Lite as an alternative for entry-level smartphones. 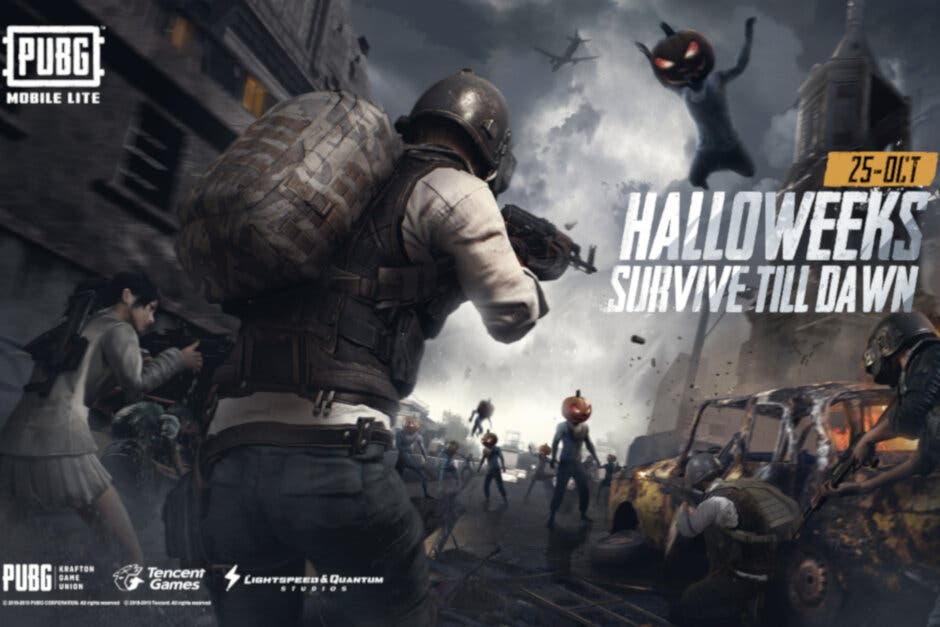 Unfortunately, PUBG Mobile Lite isn’t available in all countries. The developers stated that the lighter and faster version of the game will come for more countries in the coming months. If you’re among the lucky players of this particular version, you’ll be glad to know that there’s a big update coming soon. The biggest novelty is the new Halloween-themed survival mode which is called Survive Until Dawn. In this mode, players will need to work together to survive three days and two nights. During the daytime, players will be free to loot items and equipment. On the night, however, they will have to deal with Pumpkin Zombies.

Three powerful new weapons will come in the update – Sawed-Off, M134 Minigun, and Flamethrower. The last two will be available in the Survive Until Dawn mode. Besides that, the new update also brings new daily rewards like outfits, BC and more. You can easily claim them by watching videos on the purchase page. Tencent is including a new quick access shortcut that allows players to quickly select the game mode. This menu has received a Halloween-Themed visual.

Next Moto G8 Play with 6.2 Max Vision display is official too