Chinese manufacturing giant, Xiaomi, will release the Xiaomi CC9 Pro with a 108MP camera on November 5th. According to Xiaomi, it will create the most powerful imaging system in its history. Today, Xiaomi CC product manager @Cici_ Lao Wei showed the sizes of the 12MP sensor and the 108MP sensor. The size difference is significant. According to @Cici_ Lao Wei, it is very difficult to make high-quality high-pixels sensors on a small frame. It is necessary to put the 108MP sensor on the large frame for a better grip. The sensitive area is twice as much as the 48MP camera. 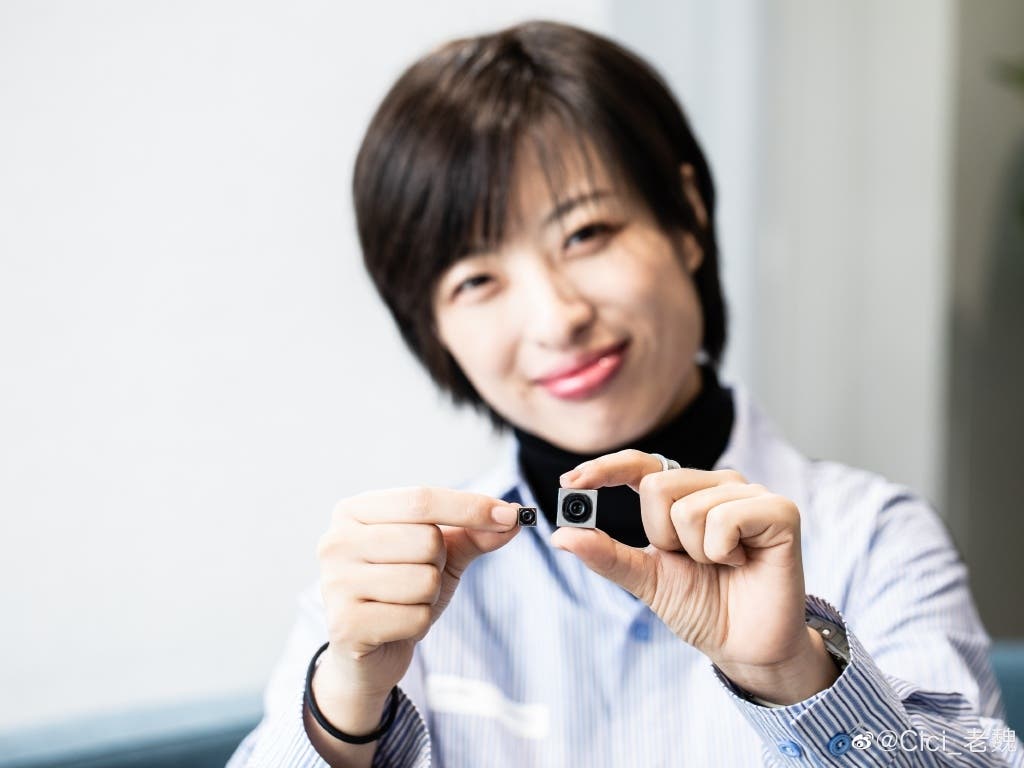 The 100MP sensor comes with a huge photosensitive area. This brings a huge challenge to the structure of Xiaomi phones. Note also that this camera also outputs images with huge sizes. A recent image shows that its size can exceed 22MB.

This smartphone uses Xiaomi and Samsung’s customized 108MP ISOCELL HMX CMOS sensor. It is the world’s first large-size dynamic image sensor with a 1/1.33 inch photosensitive area, which can be used in low light conditions. It captures more light than other small sensors.  Xiaomi official said that the Xiaomi CC9 Pro may be the first mass-produced 108MP phone. In addition to the 108MP sensor, the Xiaomi CC9 Pro will also adopt a five-camera solution.

Three of those sensors will be placed together in an array and the other two sensors will be separated from the array as well as from each other. It will also have two flashes to the right side of camera alignment with 5X and 108MP branding above and below it. The upcoming Mi CC9 Pro codenamed ‘Tucana’ is expected to be powered by Qualcomm Snapdragon 730G with 6GB (and more) RAM. Sadly, it might run MIUI 10 based on Android Pie out of the box. But it will definitely be updated to MIUI 11 like any other newer Xiaomi smartphones.