Realme is currently selling five smartphones on its home-country. If you’ve been living in a cave for the past years, we can clear some stuff. Realme is a sub-brand that came as Oppo’s effort to increase its sales in the Indian market. The roots of the company are planted in China, however, the Indian market is one of its most important markets in the moment. The company has been the fastest-growing smartphone in 2019. The secret? Realme smartphones bring a perfect mix of specifications, design to an aggressively low price. 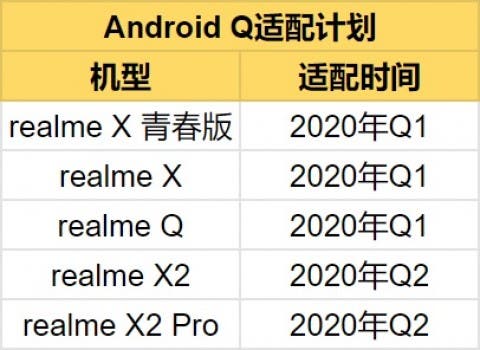 In an effort to expand its name in the International market and on its domestic market, the company has released the Realme X, X Lite, Realme Q, Realme X2, and X2 Pro. Apart from their first flagship, the Realme X2 Pro, all these smartphones are available in India with different names. According to the report, the company will release Android 10 for the X, X Lite and Q in the first quarter of 2020. The X2 and X2 Pro will receive it in the second quarter. Unfortunately, there’s no specific date for the rollout.

Realme’s CEO, Madhav Seth, already revealed that the Android 10 update will bring ColorOS 7 to Realme devices. However, it will be a different branch of Oppo’s characteristic software. Instead of fancy-looking colors and features, it will be more close to stock Android. We don’t know if this will also be the case of Realme smartphones released in China. After all, Chinese customers would prefer ColorOS as it is.

Next Everything you need to know about Samsung's One UI 2