We are already aware of the fact that Xiaomi is working on its next-gen Note devices. This time the smartphone maker will introduce two variants of the device namely Mi Note 10 and Mi Note 10 Pro. Both the smartphone are said to come with a Penta camera setup including a massive 108MP primary sensor. Apart from Mi Note lineup, Xiaomi is also planning to launch its first smartwatch and Mi TV 5 series.

A Twitter user that goes by the name Mehek Goaswami (@MehekGoaswami) recently posted the complete spec sheet of the upcoming Mi Note device. 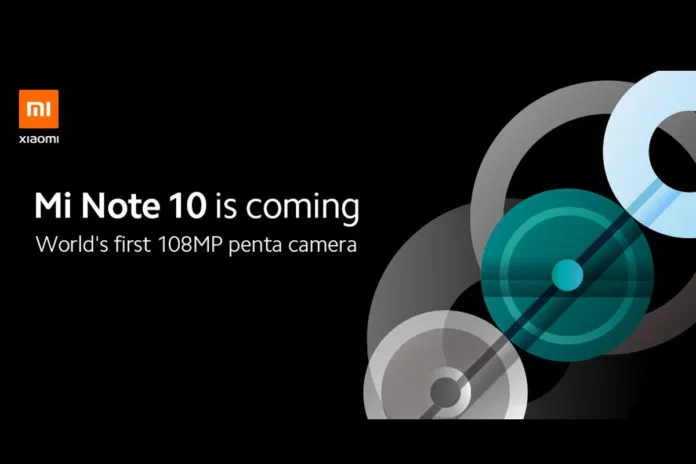 Coming to the specifications, the Mi Note 10 will come with a 6.4-inch AMOLED display with Full HD+ resolution. Under the hood, the device will run on the Snapdragon 730G platform paired with 6GB of RAM and 128GB UFS 2.1 onboard memory. In terms of imaging, the device will feature a Penta camera setup on the back. The module will feature a 108MP primary sensor while the 12MP and 16MP will be the other sensors. The smartphone will also come with a 2x optical zoom.

On the front, there is a 32MP sensor for selfies and video calling. All of this is backed by a massive 4,000mAh battery with 30W fast charging support. For connectivity, there is an IR blaster, NFC, and 3.5-mm audio jack.

The Mi Note 10 Pro, on the other hand, will feature a larger 6.7-inch AMOLED display with a refresh rate of 90Hz. Powered by the flagship Snapdragon 855+ SoC, the device will feature a massive 6GB of RAM and 128GB of memory. The device will feature the same camera setup on the back as that of the smaller offering. Although there is 5x optical zoom support instead of the 2x.  Again, the device packs the same selfie shooter along with the battery. Since it is a Pro variant, the phone supports 40W fast charging.

Out of these leaked specifications, there are few things that don’t line up with the previous leaks and rumors. We will recommend taking this leak with a pinch of salt.

Previous Android 11: Google is working on the wireless ADB function