Yesterday, a leak has emerged that revealed some details about the design of the upcoming Xiaomi Smart TV. Today official images emerged confirming some of its specifications.

This will be one of the most interesting Smart TVs launched by the brand, which is increasingly betting on this growing segment. However, we remain unaware of Xiaomi’s possible intentions to bring its Smart TVs to global markets.

In the published images, several details were confirmed that will make the Xiaomi Mi TV 5 one of the most sought after an already extensive portfolio of the brand. The Smart TV will feature a 4K Quantum Dot QLED display that supports 108% of the NTSC color gamut. It will even come equipped with a dedicated MEMC chip, which will ensure video playback with stunning smoothness. 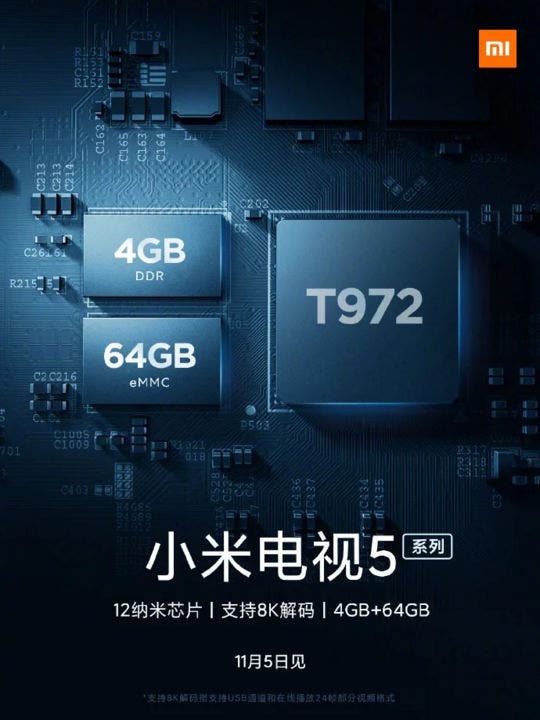 For controlling all operations, The TV will have the Amlogic T972 (12nm) processor. It was developed through Xiaomi’s partnership with Amlogic. The processor has four A55 cores and comes with a frequency of 1.9GHz. According to the brand, it will be able to offer a 63% improvement in its performance compared to its predecessor.

In addition, users will be able to count on a total of 4GB of RAM and 64GB of internal eMMC memory. With the increase in available storage. You will be able to install many more applications and store videos without any problem. 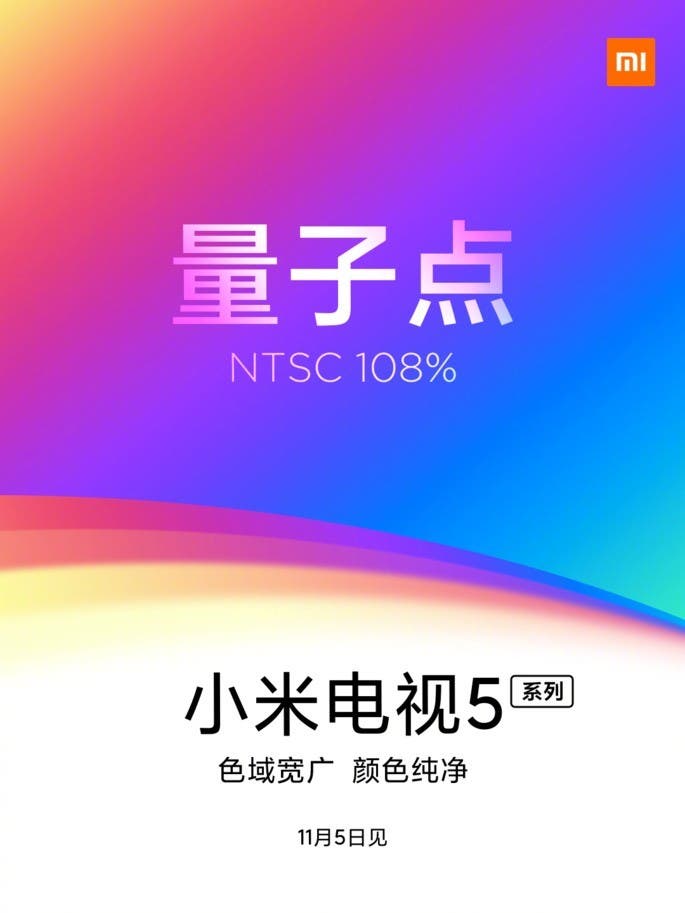 The next Xiaomi Smart TV

Finally, in terms of performance, it will come with 8K video support. Which should be able to guarantee maximum image quality, despite coming with a 4K screen.

The official presentation of the Xiaomi Mi TV 5 will take place next November 5 in China, where will also be presented the Xiaomi Mi CC9 Pro and Xiaomi Mi MIX 4. 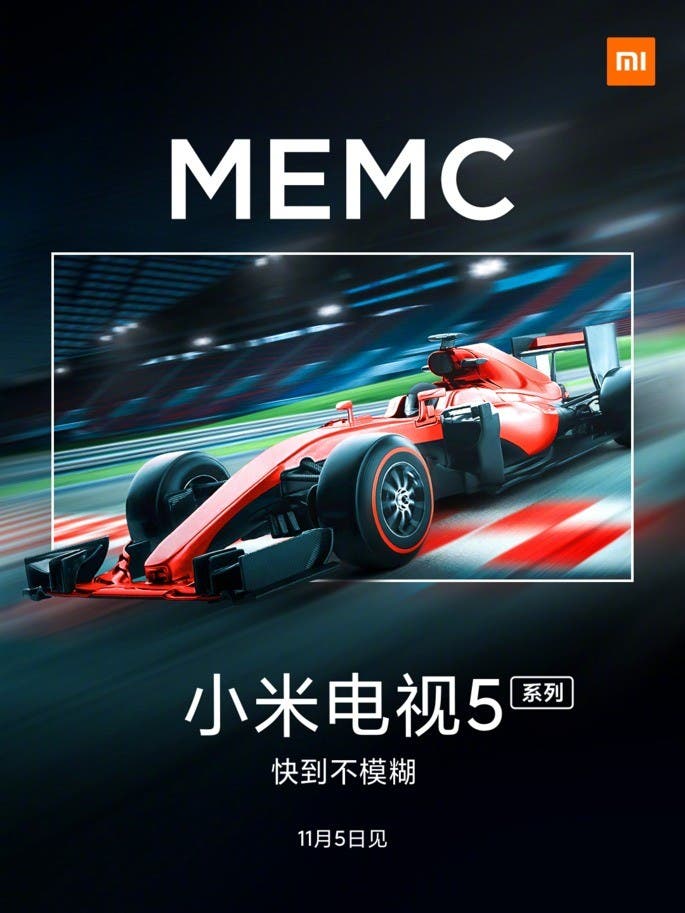