Chinese manufacturing giant, Xiaomi, will have a huge event in China where it will unveil a plethora of products. In addition to the 108MP Penta Xiaomi CC9 Pro, the company will also release its first watch, Xiaomi Watch. Although the launch event takes place on November 5th, over the past few days, there have been a lot of confirmations regarding this smartwatch. Here is all there is to know for now regarding the Mi Watch. 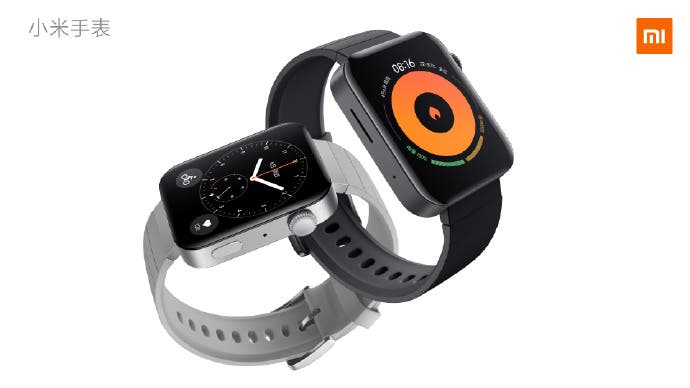 Many who knows Xiaomi, are aware that the company has a penchant for Apple designs. The Xiaomi Watch features a four-curved sapphire glass design and has close proximity to Apple Watch. It will come in Black and Silver colours with matching bands. Notably, there is an Apple Watch-like crown on the right side, with a second button right below it.

Xiaomi has confirmed the Xiaomi Watch / Mi Watch will come with a Qualcomm Snapdragon Wear 3100. It independently supports GPS, and NFC, plus an eSIM virtual card, so you can independently make voice calls via the device. In addition, this watch uses an independent linear motor and independent speakers, built-in high-capacity battery, and it comes with support for independent Wi-Fi / Bluetooth. 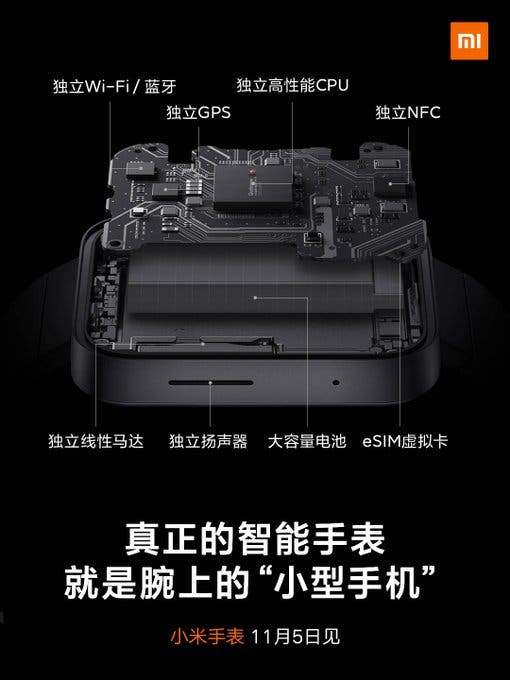 Despite initial speculations that the Mi Watch will come with Google’s WearOS, it won’t. According to Xiaomi, the Watch will run on a special OS –  MIUI for Watch. This system is a version of MIUI with its own app store. In the short teaser video teaser, MIUI for Watch is seen with a simple layer app grid with square icons and a dark background. This suggests that MIUI for Watch will support a built-in dark mode just like its smartphone counterpart. The video also reveals the digital crown button can be used to navigate the interface. In addition, it serves as the on/off button.

According to the general manager of Xiaomi Ecological Chain, this new Watch can run apps such as Sogou map, WeChat, Alipay, Himalayan, navigator, vibrato and many other programs. Do note, however, that due to the limited screen and storage sizes, the Mi Watch might not support the installation of regular Android apps. So these apps are basically the lightweight versions of the regular Android Apps. 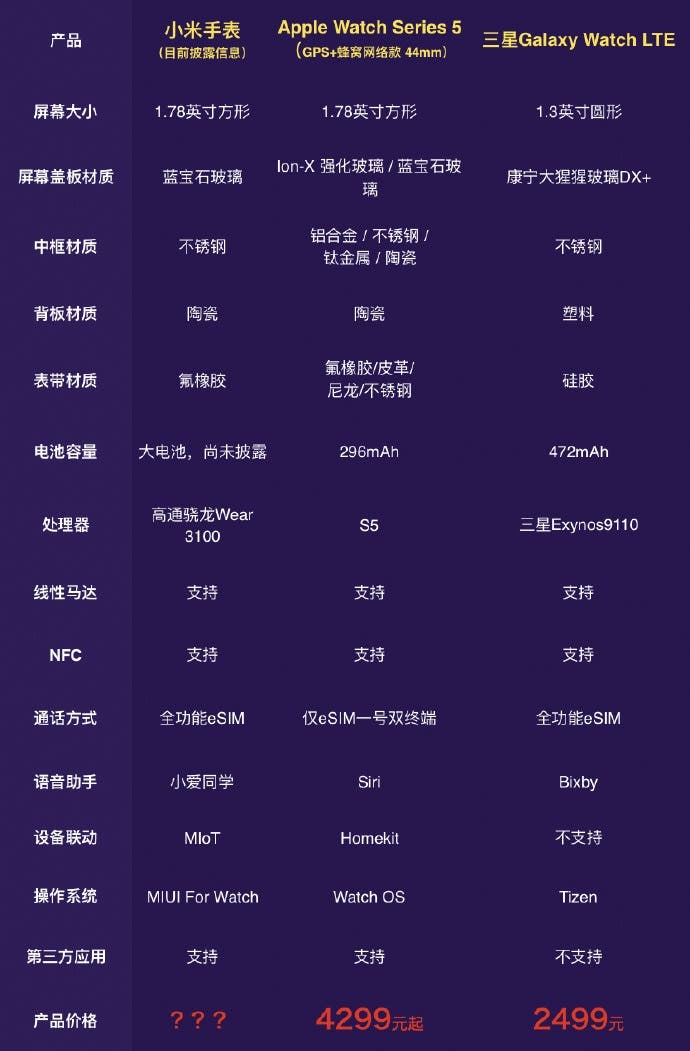 Well, this is the only aspect where there is no official information besides the launch date which is November 5. Although there are reports that this Watch will be slightly more expensive than the Amazfit GTS. However, this is just speculation and nothing concrete. Looking at its competition, the Apple Watch Series 5 comes with a 4299 yuan ($611) price tag. Also, the Samsung Galaxy Watch LTE sells from 2499 yuan ($355). The Xiaomi Watch should be cheaper than these watches.