In a few days, Xiaomi will hold a new product launch conference. At the event, the company will uncover a few much-awaited products, including the Xiaomi CC9 Pro, its overseas version known as the Mi Note 10, the Xiaomi TV 5, and others. As you see, the manufacturer has been preparing for this event quite seriously. This also means it’s logical that we are receiving new information about these models every day. As for the TV line, it turns out Xiaomi will put a four-unit speaker in all variants. This was announced today by Xiao Xiaoshuang, general manager of the Xiaomi TV (Air Conditioning) Department through Weibo. 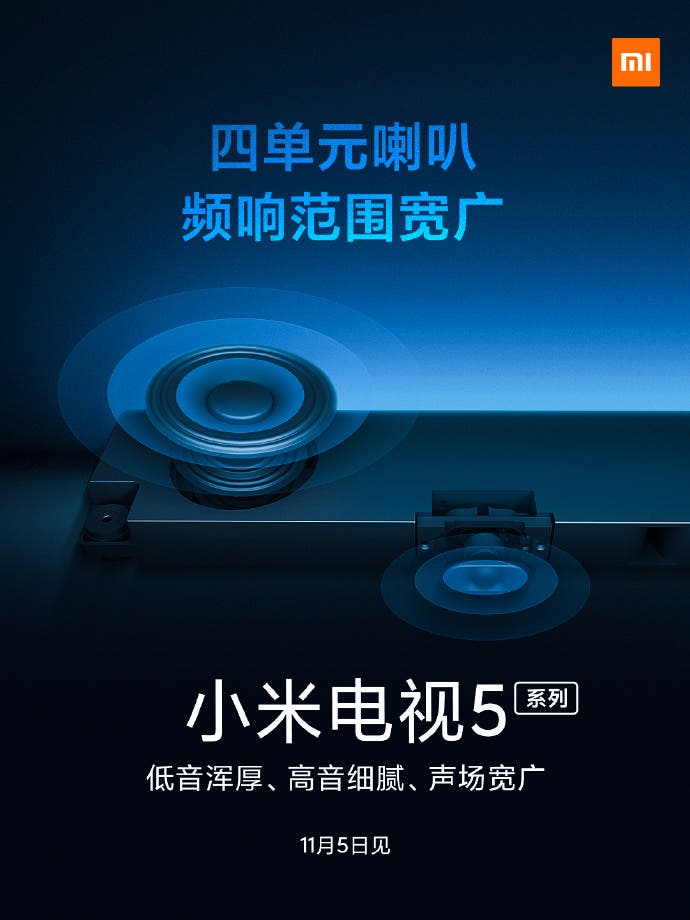 According to the Xiaomi executive, the Xiaomi TV 5 series will be equipped with a four-unit speaker. At the same time, Xiaomi optimizes its acoustic waveguide structure to improve the acoustic response curve. This will make the product more powerful, more treble, and broader. Moreover, we knew the upcoming Xiaomi TV will support dual decoding of Dolby and DTS audio.

As for the rest of the selling points, the Xiaomi TV 5 series will be equipped with the most advanced 12-nanometer process technology chip in the TV industry. It will support 8K video decoding. The company has also said that compared with the previous generation, the CPU performance is increased by 63%. The 4GB + 64GB large storage space will allow users to install more applications. This will also ensure smoother system performance.

The official photo of this TV’s side shows it will be very thin. And the border seems to use a metal material.