Earlier today, Master Lu, released its Top 20 rankings for new smartphones in terms of performance. Interestingly, 11 flagship phones and 9 mid-range and entry-level models make the list. In addition, the top 5 smartphones on the list are Snapdragon 855+ models. Realme X2 Pro tops the list with 438974 points. Huawei Kirin 990 5G chip entered the chart for the first time with the Mate 3o series but it only managed the sixth and seventh positions. 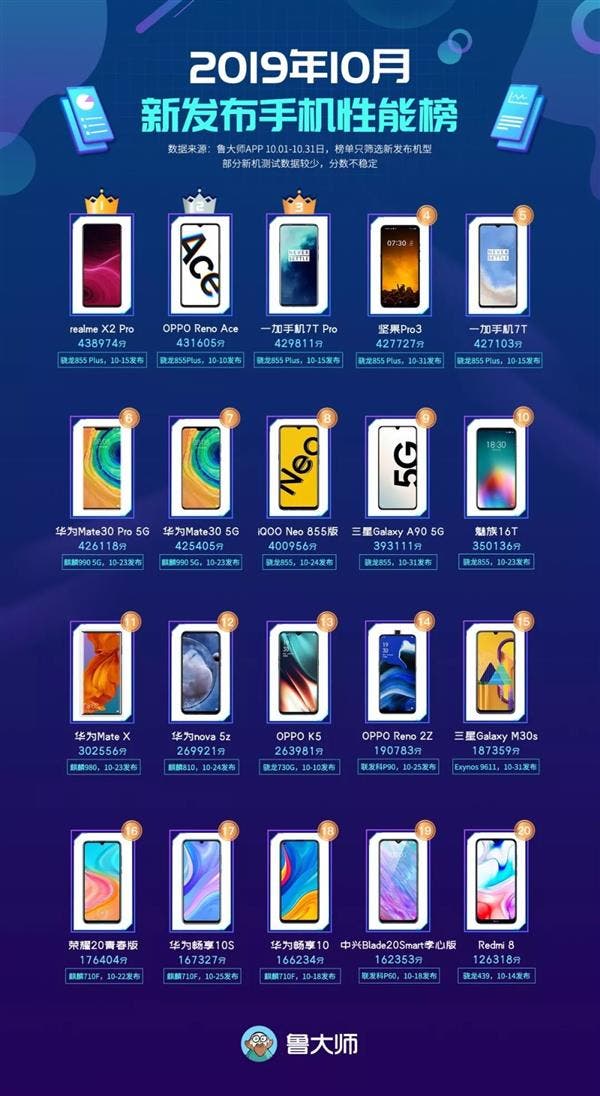 The likes of iQOO Neo with Snapdragon 855, Galaxy A90 5G and Meizu 16T closely follow. However, the Huawei Mate X with Kirin 980 ranks lower than many flagships. It is worth mentioning that this is also the first performance ranking of a smartphone with the new Kirin 990 5G SoC. According to the ranking, the performance of Kirin 990 5G is between Snapdragon 855+ and Snapdragon 855. In the quarterly report, the performance of the Kirin 990 has increased slightly. However, the current test data of the Mate 30 5G series is still relatively small. This means that the data is most likely unstable and the score may increase as more users handle the phone. What do you think about this ranking?

Next Deals for Huawei Band 4 and Bluedio Hi TWS earphones