Just recently, one of the Weibo users published a couple of photos showcasing the real appearance of the upcoming Xiaomi TV 5. 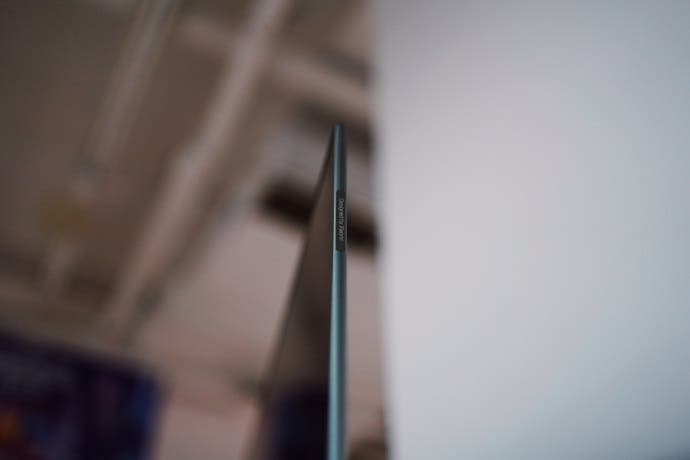 We understand these photos only show the side of the upcoming TV, but it gives some worthy information. We mean, from these photos, we can see the Xiaomi Mi TV 5 will be very thin just like the Xiaomi TV 4S. If you remember, the latter has had a thickness of 4.9mm only. Thus, it was way slimmer than the iPhone. As for the official information, the company has released a poster showing it will use a full-screen design with a border width of 1.8mm. This is 47.1% narrower than that of the Xiaomi TV 4. The whole machine uses a metal body, an integrated bent frame, a backplate without screws, and a fuselage thickness of 5.9mm. That’s 1mm thicker than the TV 4S, but we still like it.

There have been many other posters revealing this or that feature of the Xiaomi TV 5. Say, we know the TV will come with the most advanced 12nm process technology chip in the TV industry. This CPU supports 8K video decoding. The company also said that the performance compared with the previous generation CPU is 63% higher. It will be also equipped with a 4GB+64GB large storage allowing users to store more applications.

We are waiting for this TV product to come tomorrow on November 5 along with the Xiaomi CC9 Pro and the Xiaomi Watch.