Honor has just released a teaser declaring the launch date of its flagship Honor 30 series early morning today on social media. The announcement comes just a day after the Huawei sub-brand released the Honor 30S, its first-ever phone to boast the Kirin 820 5G SoC.  Now, the Honor 30 launch is on April 15th and we expect to see two models – the Honor 30, and the Honor 30 Pro, at the very least. Interestingly, the launch is just a day before the Chinese launch of the OnePlus 8 series which is now poised to go official on April 16th in China and April 14th in India.

As you can see in the poster, it arrives with the image of Chinese actor  Li Xian, who is the brand ambassador of Honor. He holds the phone in his hand in a way that doesn’t reveal anything but the colour. And that’s pretty much what we know officially about the flagship series. 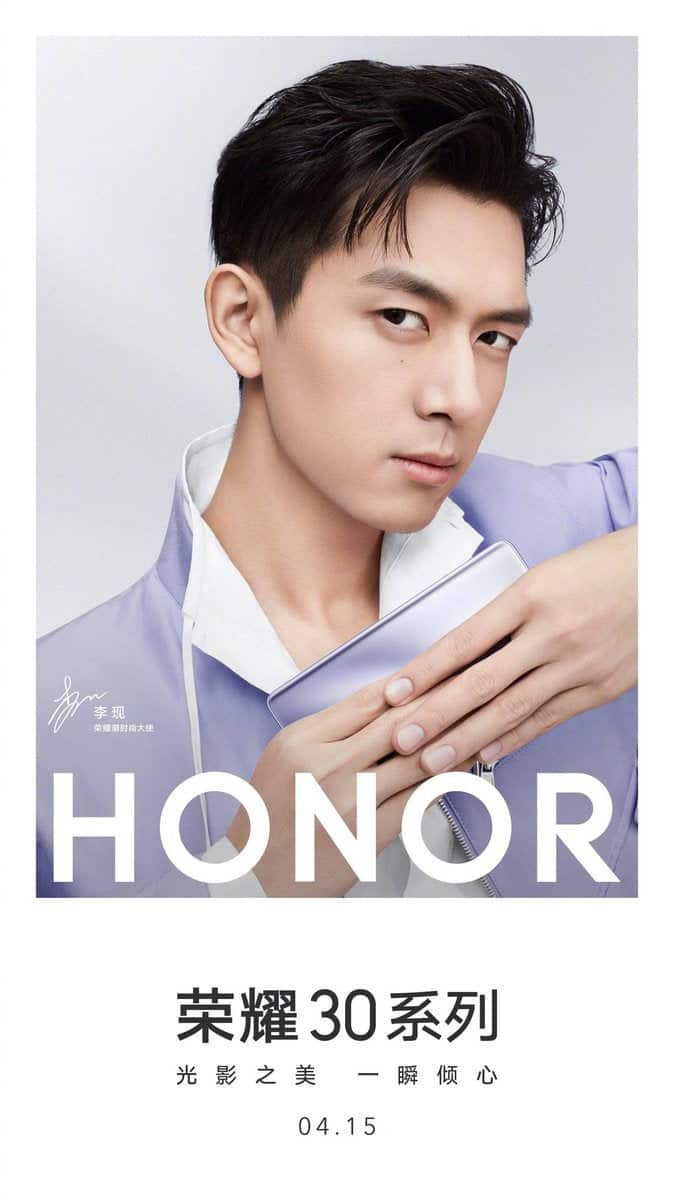 Unofficially though, we can say quite a few things. Since this is Honor’s cream of the crop product, we expect it to also carry part of Huawei’s camera hardware. That means we could the large 1/1.3-inch 50 MP camera sensor (of the P40 Pro) and a 90 Hz display. Similarly, the vanilla Honor 30 is likely to carry the camera hardware of the Huawei P40 which means a 50 MP Sony IMX 7xx sensor accompanied by others.

The Honor 30S has the Kirin 820 SoC but the flagship series will most likely flaunt Huawei’s top brass namely the Kirin 990 5G SoC.

In terms of design, 2020 has been a fickle year with repetitive traits seen across many OEMs and no creativity in the looks/build department. Hence, it is safe to assume a hole-punch design and a square camera cutout at the back.

And now that Honor has kicked off the official teaser campaign, I’m expecting a slow drip of more information regarding the series every other day starting tomorrow.