Vivo is about to launch a new smartphone in China dubbed as S5 on November 14, as teased by a number of Vivo official posts so far.  However, we got our first look of the device in the form of a leaked promotion advertisement today featuring Chinese singer Cai Xukun who will be the brand ambassador for this phone. And now, not one but two different renders of Vivo S5 surface on the web with uncommon camera and display designs.

We all know the back of the Vivo S5 will feature a diamond-shaped triple-camera layout with an LED flash underneath it from the first-ever leak. But we were never exposed to the front of the phone which has happened now. The first promotional front render of the Vivo S5 shows a hole-punch cutout at the top right corner to accommodate the selfie camera. Whereas, the second set of the phone’s renders say otherwise. In these renders, there exists no punch-hole, notch or whatsoever with a clean full-screen panel without any obstruction. Also, we get to see the fancy gradient colour options the device will be available in. 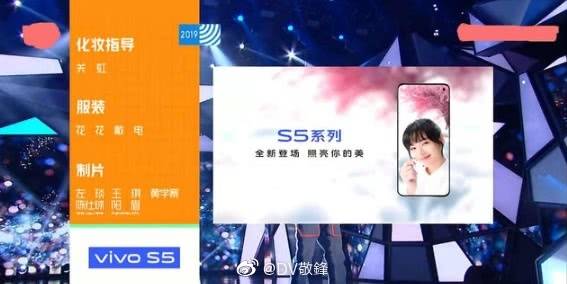 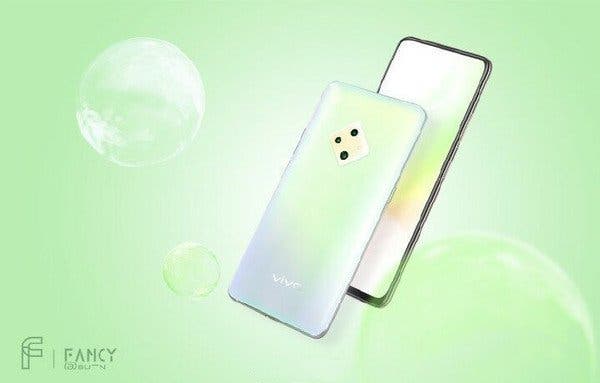 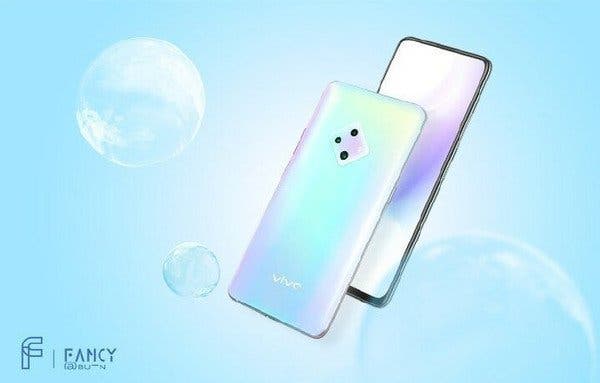 The two separate renders of the Vivo S5 raises questions about the authentic design of the phone. Maybe it will arrive in two different variants featuring a punch-hole camera on the one and pop-up camera on the another. Anyways, we recommend you to take this piece of information with a pinch of salt until we get more information from Vivo itself.