Lenovo owned Motorola is one step closer to launching the rumored Motorola One Hyper. The device has been in the rumor mill in the recent past, with its purported full specs sheet already in the open.

Following its NBTC approval in Thailand last week, the Motorola One Hyper with model number XT2027-1 has now received the go-ahead from US FCC, suggesting it is launching in the West too. While the FCC doesn’t list the device as the One Hyper, the listing does confirm it got a 4,000 mAh battery with support for NFC.

The listing also includes a diagram – 160mm of height and 71mm of width. The diagonal is 170mm, which suggests a 6.69-inch display. This is smaller than the 6.39-inch display panel rumored earlier. Motorola since earlier this year has been quite serious about its new Moto One smartphone series.  The Motorola One Macro was released back in October, and now it seems we would be welcoming the One Hyper into the ‘Moto One’ canopy soon.

For those who are unaware, the One Hyper is rumored to be Motorola’s first smartphone with a pop-up camera system. Its rumored specs are a 6.69 inches display with a Snapdragon 675 SoC, 4GB RAM, and 128GB storage under its hood. A dual-camera setup and a fingerprint scanner sit at the rear panel. 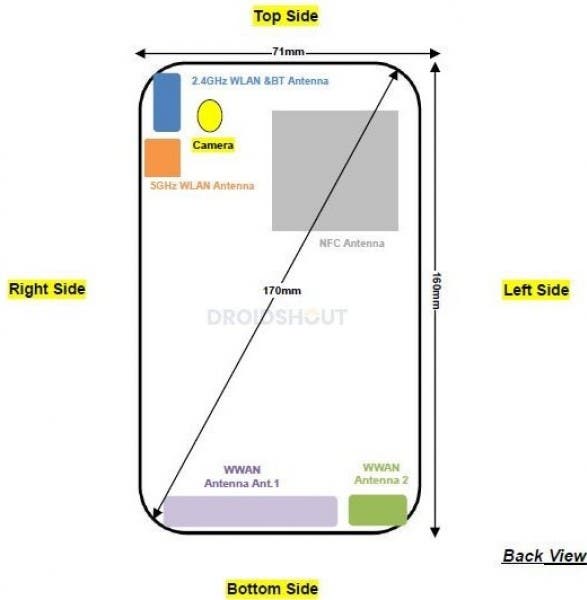 The main camera is a 64MP primary camera, perhaps, the Bright GW1 image sensor from Samsung along with an 8MP depth sensor. The pop-up system which sticks out from the edge houses a 32MP front camera. The device has a dedicated Night Vision mode for low-light photography.

The Lenovo owned brand has yet to confirm a launch date for the device, though there are reports it might launch alongside the Foldable Razr smartphone coming up on November 13th.

Next Vivo Y5s announced in China; It's a rebranded Vivo Y19