Google has officially released Android 10 two months ago, but we still don’t know all its features. What we report today refers to a particular method of backing up data of individual apps.

As you can see from the images shown in the gallery below, Android 10 would offer the possibility of not removing the data associated with the apps that are about to be uninstalled. The option would be accessible via a pop-up window that appears when the app is uninstalled, which offers the possibility of keeping the data associated with that app because it could be useful in the case of a re-installation of the app itself. Storing WhatsApp data, for example, would mean not losing your account configuration and chat information. 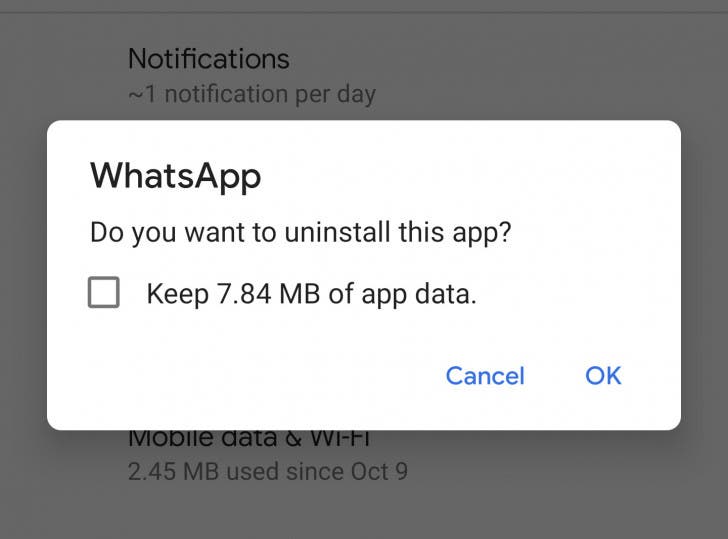 The option to store app data would only appear when you are uninstalling an app through system settings or the launcher’s home screen, the same does not happen by uninstalling the app from the relevant Play Store page.

Do you want to keep the data?

When you choose to Keep the data. You can reinstall the application later and return right where you stayed. Without having to reconfigure the application or make any changes. What is not clear is where this data stays or if you can access it after uninstalling the application.

Next Google Play will be safer thanks to App Defense Alliance