While we wait for the Vivo S5 to be officially launched, the Chinese phone maker appears to be more interested in promoting their collaboration with Cai Xukun; a renown  singer, dancer, rapper and songwriter from the Asian country.

Vivo did indeed just tease the upcoming device with some images of the Vivo S5 IKUN Special Edition and its gift box. Which is what you’re expected to get if you’re a fan of the Chinese artist. Inside the gift box you’d find a custom lanyard with a badge, a postcard and a sticker; all of them portraying Cai Xukun. 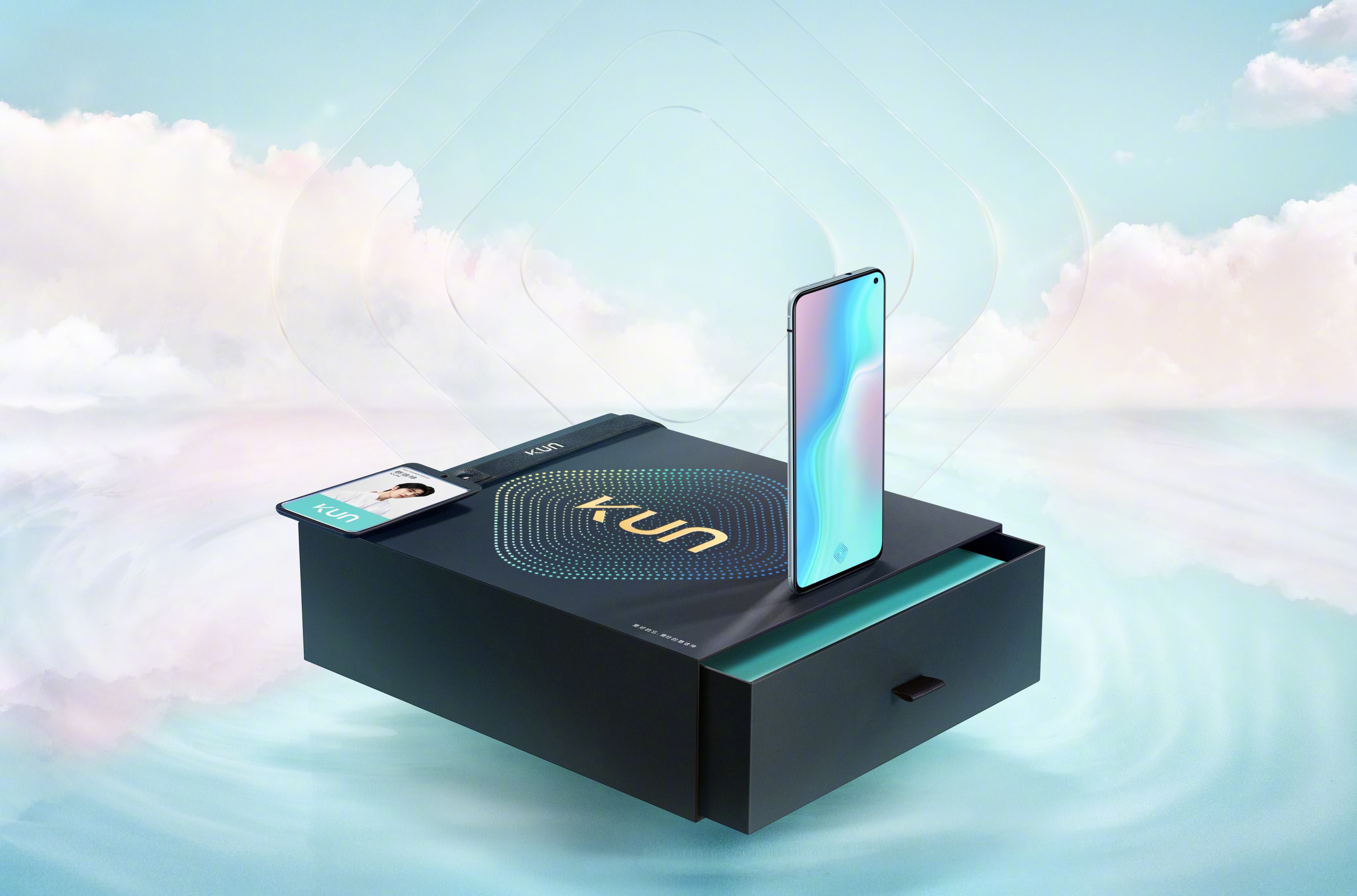 Specs wise, the Vivo S5 is going to be a mid-ranger packing an octa-core CPU clocked at 2.3Ghz, according to a previous appearance on Chinese certification site TENAA. We’ll also find 8GB of RAM and up to 256GB of internal storage.

But the real feature that will set the S5 apart from all many other smartphones is the design of the camera department. Vivo’s phone does indeed feature a diamond-shaped four camera setup with a dual LED flash. In the teaser released today, the company finally unveiled the resolution of these four sensors. So, we’ll have a primary 48MP snapper, a secondary 8MP ultra wide lens, a 5MP telephoto camera and a 2MP depth sensor. Meanwhile at the front we will have a punch hole design with a 32MP selfie snapper. 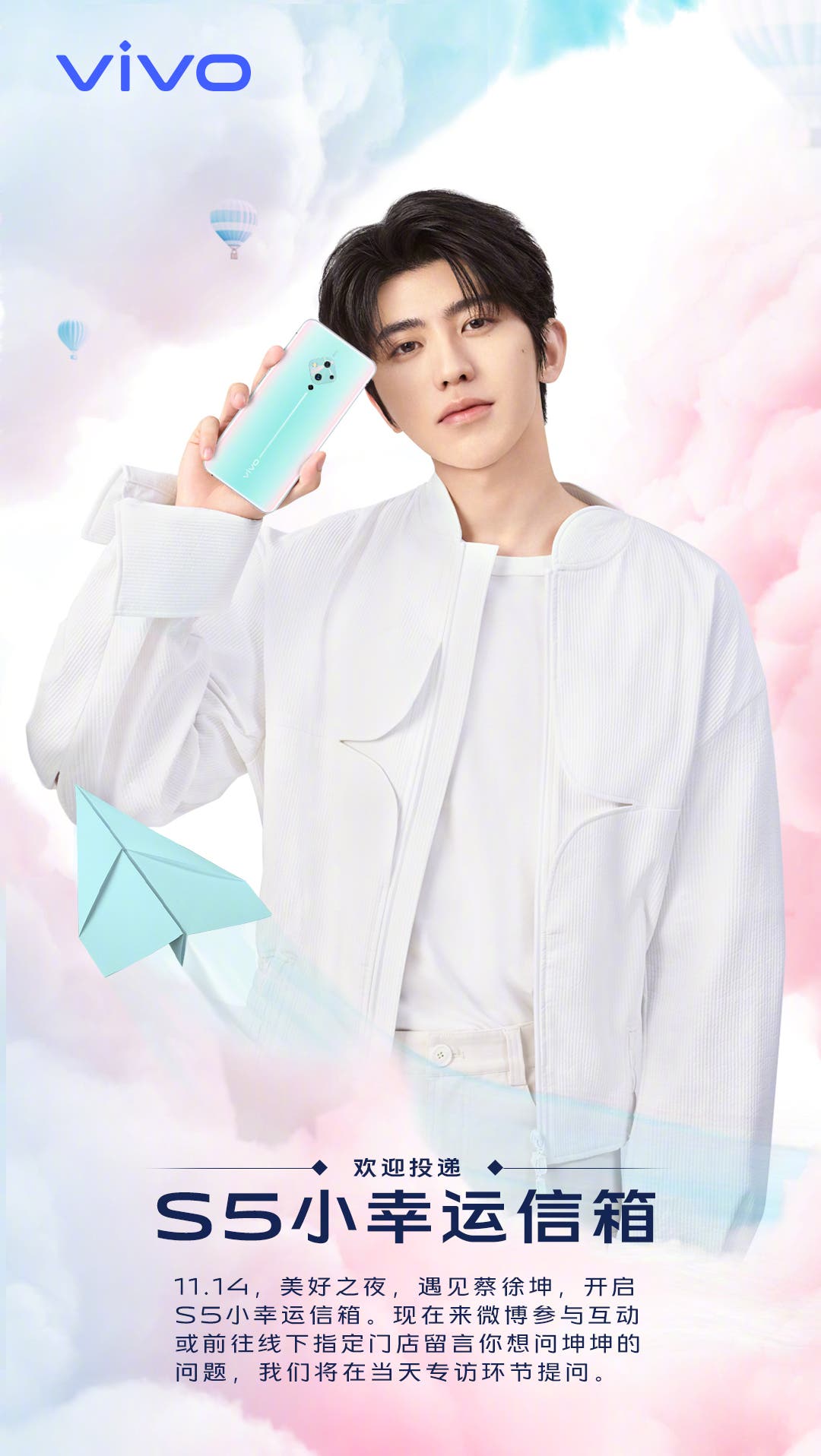 The smartphone will then feature a large 6.44-inch AMOLED display with a resolution of 1080×2400 and pack a 4010mAh capacity battery. Other specs include, g-sensor, proximity sensor, light sensor and an under display fingerprint scanner. Finally, dimensions will be 157.9×73.92×8.64mm for a final weight of 188 grams.

On a side note, the AMOLED display with punch hole design is also a first in the Chinese market. The only other devices with this design are the Samsung Note 10 series and S10 series by Korean tech giant. 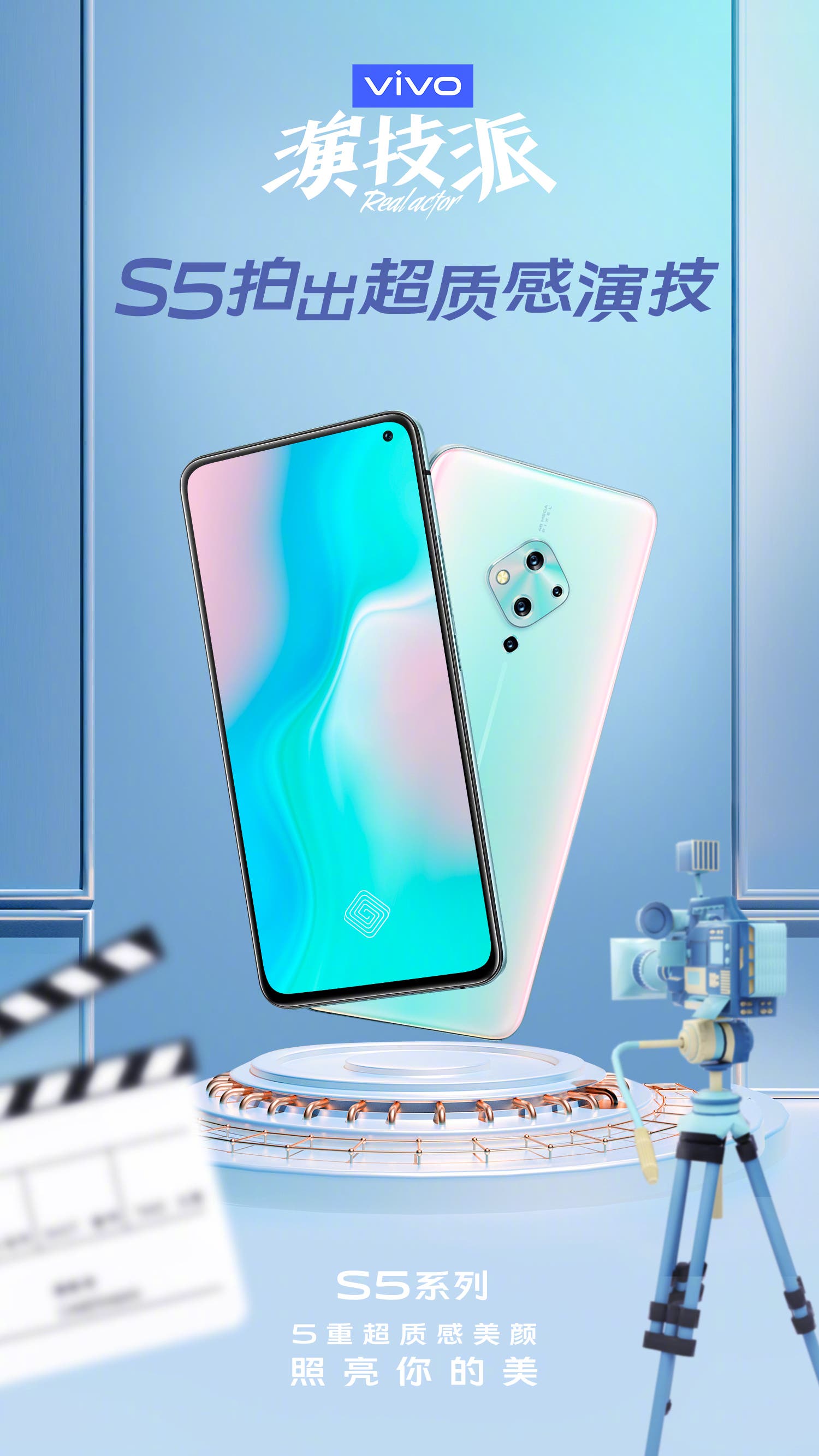 As we mentioned in this article, the Vivo S5 will go official on November 14th. See you then to finally find out the specs missing and the retail price.

Next OnePlus 8 Pro could arrive with a 120Hz display