OnePlus is a company that has not rested in recent years. With 4 flagship smartphones a year and scheduled releases every 6 months, it’s no wonder if the OnePlus 8 is already in the testing phase and made for manufacturing.

That’s why these new images make us think. This is reportedly a prototype of the OnePlus 8 or  8 Pro and there is a considerable difference from its predecessors.

OnePlus 8 Prototype has a punch-hole for the front camera

Regarding the OnePlus 7T, The Pro model has a front pop-up camera, however, the “normal” model has a notch. Well, the OnePlus 8 prototype shows us a small two-camera cutout in the upper right corner of the screen.

I personally don’t think OnePlus will swap the “Pro” model pop-up camera for a hole in the screen. The brand boasts that it has a full screen and I don’t think it will give up on that model. So we can assume that this is the “normal” model right? OnePlus 8.

But, we also have to discuss the rear of the device. This is because if this really is the OnePlus 8, the rear is completely different than the current 7T. 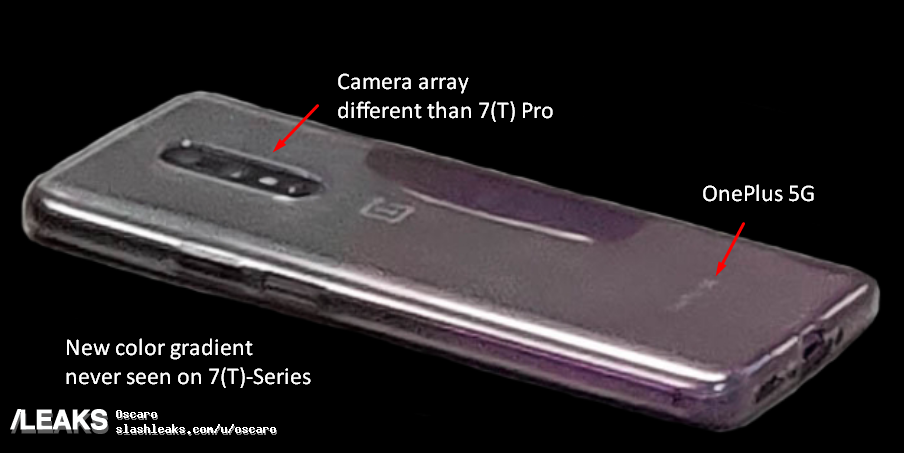 Recall that OnePlus 7T was the first to incorporate camera modules into a circle. We then assume that this will be the design line of the future mobile phones.

Importantly, the “Pro” model did not bring this ideology. That is, it may have been a simple experiment and realize to what extent these new lines are well accepted.

Before you assume that this is a OnePlus 7T Pro from its rear, note that the alignment of the flash and rear cameras are different. That is a prototype of OnePlus. We just don’t know which one.